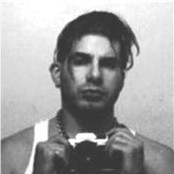 This will prevent Liam from sending you messages, friend request or from viewing your profile. They will not be notified. Comments on discussion boards from them will be hidden by default.
Sign in to Goodreads to learn more about Liam.

See all 5 books that Liam is reading…

“All humans are equal, whatever their origins, their beliefs, their skin color. There are no superiors, no inferiors.”
― Adolfo Kaminsky
0 likes

“In the midst of blatant injustices inflicted upon the Negro, I have watched white churches stand on the sideline and merely mouth pious irrelevancies and sanctimonious trivialities. In the midst of a mighty struggle to rid our nation of racial and economic injustice, I have heard so many ministers say, “Those are social issues with which the Gospel has no real concern,” and I have watched so many churches commit themselves to a completely other-worldly religion which made a strange distinction between body and soul, the sacred and the secular.”
― Martin Luther King Jr., The Autobiography of Martin Luther King, Jr.
0 likes

“Military action is important to the nation -- it is the ground of death and life, the path of survival and destruction, so it is imperative to examine it.”
― Sun Tzu, The Art of War
0 likes

“[I]t ill behooves an era of human history like this one to look back at the Middle Ages and think only of jihad or of the crusades and pogroms without remembering th[e] encounters when, at least for an occasional moment, Jews, Christians, and Muslims, by the power of the Book and in the heritage of Abraham, the father whom they shared, managed to transcend their separations without losing their identities.”
― Jaroslav Pelikan, Whose Bible Is It? A History of the Scriptures Through the Ages
0 likes

“[The city] somehow managed to wear its decadence with a certain amount of grace; the anomaly of high culture in the midst of squalor is a kind of dandyism.”
― Ian Buruma, The Missionary and the Libertine: Love and War in East and West
0 likes

Polls voted on by Liam