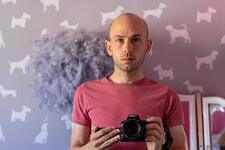 This will prevent Lee from sending you messages, friend request or from viewing your profile. They will not be notified. Comments on discussion boards from them will be hidden by default.
Sign in to Goodreads to learn more about Lee.

“The most important things are the hardest to say. They are the things you get ashamed of, because words diminish them -- words shrink things that seemed limitless when they were in your head to no more than living size when they're brought out. But it's more than that, isn't it? The most important things lie too close to wherever your secret heart is buried, like landmarks to a treasure your enemies would love to steal away. And you may make revelations that cost you dearly only to have people look at you in a funny way, not understanding what you've said at all, or why you thought it was so important that you almost cried while you were saying it. That's the worst, I think. When the secret stays locked within not for want of a teller but for want of an understanding ear.”
― Stephen King
tags: writing
5706 likes

“For instance, on the planet Earth, man had always assumed that he was more intelligent than dolphins because he had achieved so much—the wheel, New York, wars and so on—whilst all the dolphins had ever done was muck about in the water having a good time. But conversely, the dolphins had always believed that they were far more intelligent than man—for precisely the same reasons.”
― Douglas Adams, The Hitchhiker's Guide to the Galaxy
tags: humour
9940 likes

“The major problem—one of the major problems, for there are several—one of the many major problems with governing people is that of whom you get to do it; or rather of who manages to get people to let them do it to them.
To summarize: it is a well-known fact that those people who must want to rule people are, ipso facto, those least suited to do it.
To summarize the summary: anyone who is capable of getting themselves made President should on no account be allowed to do the job.”
― Douglas Adams, The Restaurant at the End of the Universe

“Reality is that which, when you stop believing in it, doesn't go away.”
― Philip K. Dick, I Hope I Shall Arrive Soon
tags: belief, real-life, reality
4238 likes

Robin Hobb Fans — 324 members — last activity Aug 05, 2021 09:38PM
For those who love the Realm of the Elderling book series by Robin Hobb as well as other books she has written.

Make a book a bestseller — 957 members — last activity Dec 24, 2020 05:16AM
If a bunch of people can get Betty White to host Saturday Night Live seems like we can make a great book(s) a bestseller.

R/Booksuggestions — 167 members — last activity May 13, 2014 03:53PM
A Goodreads group for Reddit members of r/booksuggestions and r/suggestmeabook.
More of Lee’s groups…

Polls voted on by Lee