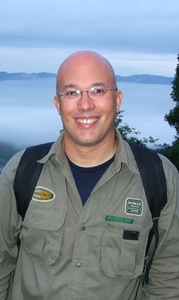 This will prevent Darin from sending you messages, friend request or from viewing your profile. They will not be notified. Comments on discussion boards from them will be hidden by default.
Sign in to Goodreads to learn more about Darin.

“What to do if you find yourself stuck in a crack in the ground underneath a giant boulder you can't move, with no hope of rescue. Consider how lucky you are that life has been good to you so far. Alternatively, if life hasn't been good to you so far, which given your current circumstances seems more likely, consider how lucky you are that it won't be troubling you much longer.”
― Douglas Adams, The Original Hitchhiker Radio Scripts
tags: bright-side, dying, humor, survival
954 likes

“The major problem—one of the major problems, for there are several—one of the many major problems with governing people is that of whom you get to do it; or rather of who manages to get people to let them do it to them.
To summarize: it is a well-known fact that those people who must want to rule people are, ipso facto, those least suited to do it.
To summarize the summary: anyone who is capable of getting themselves made President should on no account be allowed to do the job.”
― Douglas Adams, The Restaurant at the End of the Universe

Polls voted on by Darin