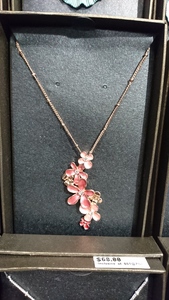 This will prevent Jess from sending you messages, friend request or from viewing your profile. They will not be notified. Comments on discussion boards from them will be hidden by default.
Sign in to Goodreads to learn more about Jess.

Jess is currently reading
Ace: What Asexuality Reveals About Desire, Society, and the Meaning of Sex
by Angela Chen
bookshelves: currently-reading

See all 29 books that Jess is reading…

“Mr Horsefry was a youngish man, not simply running to fat but vaulting, leaping and diving towards obesity. He had acquired at thirty an impressive selection of chins, and now they wobbled with angry pride.*

* It is wrong to judge by appearances. Despite his expression, which was that of a piglet having a bright idea, and his mode of speech, which might put you in mind of a small, breathless, neurotic but ridiculously expensive dog, Mr Horsefry might well have been a kind, generous and pious man. In the same way, the man climbing out of your window in a stripy jumper, a mask and a great hurry might merely be lost on the way to a fancy-dress party, and the man in the wig and robes at the focus of the courtroom might only be a transvestite who wandered in out of the rain. Snap judgements can be so unfair.”
― Terry Pratchett, Going Postal

“I was always hungry for love. Just once, I wanted to know what it was like to get my fill of it -- to be fed so much love I couldn't take any more. Just once. ”
― Haruki Murakami, Norwegian Wood
tags: love
2582 likes

“Pain is inevitable. Suffering is optional.”
― haruki murakami, What I Talk About When I Talk About Running
tags: inspirational, running
8074 likes

“I know that's what people say-- you'll get over it. I'd say it, too. But I know it's not true. Oh, youll be happy again, never fear. But you won't forget. Every time you fall in love it will be because something in the man reminds you of him.”
― Betty Smith, A Tree Grows in Brooklyn
tags: happiness, lost-love, love
2050 likes

“Nobody likes being alone that much. I don't go out of my way to make friends, that's all. It just leads to disappointment. ”
― Haruki Murakami, Norwegian Wood
tags: disappointment, friends, friendship, life, loneliness
5322 likes

Andrew Loomis
author of: Figure Drawing for All It's Worth

Dan Ariely
author of: Predictably Irrational: The Hidden Forces That Shape Our Decisions

Polls voted on by Jess