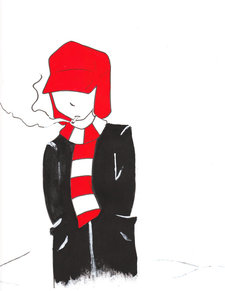 This will prevent E from sending you messages, friend request or from viewing your profile. They will not be notified. Comments on discussion boards from them will be hidden by default.
Sign in to Goodreads to learn more about E.

“by 1934, Walter Brennan was in a state of near collapse. “What my grandma said,” Walter’s granddaughter Claudia Gonzales remembered, “[was that] he was eating his dinner, and he put down his fork. He looked at her, and he said, ‘I don’t know what to eat next.’” He had made it through World War I in reasonably good shape. Indeed, he had scoffed at the idea of shell shock. But then, as he told Goldwyn biographer Carol Easton, “Boy, I cracked up.” There were nights when he just wanted to sink into his bed. Then he would wake up at 2 am with a “nameless numbing fear.” As he also told Easton, “If it hadn’t been for my wife, I’d have jumped off the Pasadena Bridge. I fell away to nothin’. I weighed about 140 pounds. Gee, when I got a job in Barbary Coast, I was carryin’ my ground-up vegetables in a mason jar. They had to build muscles into my clothes.” Brennan’s son Walter Jr. (“Andy”) recalled that as a young boy he had not understood what his father was going through, but he knew that his father was in trouble.”
― Carl Rollyson, A Real American Character: The Life of Walter Brennan
1 likes

“If you want to write a novel about our world now, you’d better write science fiction, or you will be doing some kind of inadvertent nostalgia piece; you will lack depth, miss the point, and remain confused.”
― Kim Stanley Robinson, Green Earth
2 likes

“Oh, the pain of it, thought Lee, thinking about his children, oh! the exquisite pain of unrequited love. The only authentic wound, the sweet curse they inflict on you, the revenge of heterosexuality.”
― Angela Carter, Love
tags: children, heterosexuality, revenge, wound
3 likes

Joyce Carol Oates
author of: We Were the Mulvaneys

Robert Dunbar
author of: The Pines

Donald Ray Pollock
author of: The Devil All the Time

Polls voted on by E