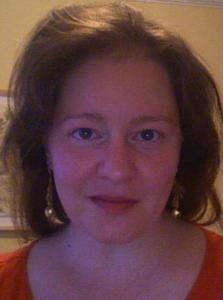 This will prevent Daemon from sending you messages, friend request or from viewing your profile. They will not be notified. Comments on discussion boards from them will be hidden by default.
Sign in to Goodreads to learn more about Daemon.

“The really unforgivable acts are committed by calm men in beautiful green silk rooms, who deal death wholesale, by the shipload, without lust, or anger, or desire, or any redeeming emotion to excuse them but cold fear of some pretended future. But the crimes they hope to prevent in that future are imaginary. The ones they commit in the present — they are real.”
― Lois McMaster Bujold, Shards of Honour
tags: honor, honour
121 likes

“Sir?” said Jeeves, kind of manifesting himself. One of the rummy things about Jeeves is that, unless you watch like a hawk, you very seldom see him come into a room. He’s like one of those weird chappies in India who dissolve themselves into thin air and nip through space in a sort of disembodied way and assemble the parts again just where they want them. I’ve got a cousin who’s what they call a Theosophist, and he says he’s often nearly worked the thing himself, but couldn’t quite bring it off, probably owing to having fed in his boyhood on the flesh of animals slain in anger and pie.”
― P.G. Wodehouse, My Man Jeeves
11 likes

Polls voted on by Daemon