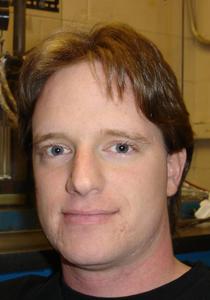 This will prevent Evan from sending you messages, friend request or from viewing your profile. They will not be notified. Comments on discussion boards from them will be hidden by default.
Sign in to Goodreads to learn more about Evan.

Evan is currently reading
The Power of Habit: Why We Do What We Do in Life and Business
by Charles Duhigg (Goodreads Author)
bookshelves: currently-reading

Evan rated a book it was amazing
The Riverside Shakespeare
by William Shakespeare
bookshelves: currently-reading

See all 13 books that Evan is reading…

“Part of the appeal of the fantastic is taking ridiculous ideas very seriously and pretending they're not absurd.”
― China Miéville
tags: fantasy, humor, writing
123 likes

“[…] detective novels are not novels of detection, still less of revelation, still less of solution. Those are all necessary, but not only are they insufficient, but they are in certain ways regrettable. These are novels of potentiality. Quantum narratives. Their power isn’t in their final acts, but in the profusion of superpositions before them, the could-bes, what-ifs and never-knows. Until that final chapter, each of those is as real and true as all the others, jostling realities all dreamed up by the crime, none trapped in vulgar facticity. That’s why the most important sentence in a murder mystery isn’t the one starting ‘The murderer is…’ – which no matter how necessary and fabulously executed is an act of unspeakable narrative winnowing – but is the snarled expostulation halfway through: ‘Everyone’s a suspect.’ Quite. When all those suspects become one certainty, it’s a collapse, and a let-down. How can it not be? We’ve been banished from an Eden of oscillation.”
― China Miéville
8 likes

Books for Cooks — 403 members — last activity Nov 12, 2018 04:43AM
Lets talk cookbooks, what do you like and what are your favorite books and chefs? What is your style of cooking??

Polls voted on by Evan