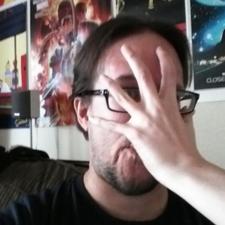 This will prevent Erik from sending you messages, friend request or from viewing your profile. They will not be notified. Comments on discussion boards from them will be hidden by default.
Sign in to Goodreads to learn more about Erik.

“All knowledge is one. When a light brightens and illuminates a corner of a room, it adds to the general illumination of the entire room. Over and over again, scientific discoveries have provided answers to problems that had no apparent connection with the phenomena that gave rise to the discovery.”
― Isaac Asimov, Atom: Journey Across the Subatomic Cosmos
16 likes

“All the hundreds of millions of people who, in their time, believed the Earth was flat never succeeded in unrounding it by an inch.”
― Isaac Asimov
114 likes

“Don't you believe in flying saucers, they ask me? Don't you believe in telepathy? — in ancient astronauts? — in the Bermuda triangle? — in life after death?
No, I reply. No, no, no, no, and again no.
One person recently, goaded into desperation by the litany of unrelieved negation, burst out "Don't you believe in anything?"
Yes", I said. "I believe in evidence. I believe in observation, measurement, and reasoning, confirmed by independent observers. I'll believe anything, no matter how wild and ridiculous, if there is evidence for it. The wilder and more ridiculous something is, however, the firmer and more solid the evidence will have to be.”
― Isaac Asimov
tags: evidence, faith, skepticism, ufo
233 likes

Polls voted on by Erik