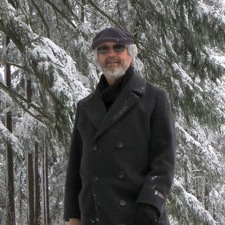 This will prevent Alan from sending you messages, friend request or from viewing your profile. They will not be notified. Comments on discussion boards from them will be hidden by default.
Sign in to Goodreads to learn more about Alan.

“There are those whose own vulgar normality is so apparent and stultifying that they strive to escape it. They affect flamboyant behavior and claim originality according to the fashionable eccentricities of their time. They claim brains or talent or indifference to mores in desperate attempts to deny their own mediocrity. These are frequently artists and performers, adventurers and wide-life devotees.
Then there are those who feel their own strangeness and are terrified by it. They struggle toward normalcy. They suffer to exactly that degree that they are unable to appear normal to others, or to convince themselves that their aberration does not exist. These are true freaks, who appear, almost always, conventional and dull.”
― Katherine Dunn, Geek Love
tags: introspective
31 likes

“Thus it is that no cruelty whatsoever passes by without impact. Thus it is that we always pay dearly for chasing after what is cheap.”
― Aleksandr Solzhenitsyn, The Gulag Archipelago 1918–1956
tags: cruelty, impact
1048 likes

“I must write now and quickly, before I begin to prefer the perfect version that lives in my head.”
― Lettie Prell
tags: writing, writing-life
6 likes

“Oh, I have slipped the surly bonds of earth,
And danced the skies on laughter-silvered wings”
― John Gillespie MaGee Jr.
1142 likes

“Nevertheless we cherish all books, especially the unread ones, for who knows what secrets they might yield one day?
—p.397, as by Larry Zagorski, in his short story "The City of the Sun”
― Jake Arnott, The House of Rumour
tags: bibliophiles
9 likes

Polls voted on by Alan