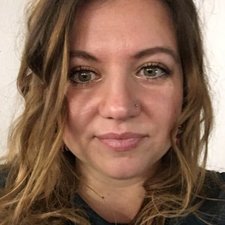 This will prevent Kinga from sending you messages, friend request or from viewing your profile. They will not be notified. Comments on discussion boards from them will be hidden by default.
Sign in to Goodreads to learn more about Kinga.

See all 4 books that Kinga is reading…

“What on earth was Henry talking about?'
'His soul. I wonder where he keeps it.”
― John Mortimer, Paradise Postponed
tags: soul
5 likes

“There were some low moments out there on the road tonight—abandonment and what’s the point?—but then I pulled in a radio station from Albuquerque playing historical rap and breakdance circa 1982. Kurtis Blow and disco synthesizers made me feel like I could drive all night.”
― Chris Kraus, I Love Dick
tags: driving, music
0 likes

“A hundred pounds! He couldn't remember ever having seen a hundred pounds, all at one time. He found himself envying his father, who had nothing to worry about except the future of mankind.”
― John Mortimer, Paradise Postponed
tags: problems
2 likes

“In the middle of the swinging sixties people in England were apparently under some sort of obligation to have a good time and most of them didn't. A Russian and an American walked about in space to no one's particular advantage. The Beatles received their British Empire medals and, so it was said, smoked cannabis in the lavatories at Buckingham Palace. American aeroplanes were bombing Vietnam, but no one seemed to talk about the nuclear holocaust any more.”
― John Mortimer, Paradise Postponed
6 likes

“He's a cabinet minister and his mother was a cook. My father was a doctor and I'm a cook. Perhaps I passed him on the way down, or did he pass me on the way up?”
― John Mortimer, Paradise Postponed
5 likes

Preeta Samarasan
author of: Evening Is the Whole Day

Polls voted on by Kinga