It’s an Honor Just to Be Nominated

Posted by Cynthia on October 24, 2017
17 likes · 1 comment
Share
Share on Twitter
Get ready: The nominations for the 2017 Goodreads Choice Awards will be announced next week, and readers and authors alike are eagerly anticipating which of their favorite titles makes it onto the list of best books of the year. The Goodreads Choice Awards are the only major book awards chosen by readers, and past Choice Awards have proven that a nomination alone can drive awareness of a book.

All the Ugly and Wonderful Things, the princess saves herself in this one, and Lilac Girls are just a few examples of titles that received a significant bump in Want-to-Read shelvings when they were nominated and have continued to be successful. While a nomination is a reflection of books that have already done well, its impact on enhancing visibility of a title can propel that title to new heights—let’s not forget what an impact the Goodreads Choice nomination had on 50 Shades of Grey.

Congratulations, you’re a nominee! Now what?


Approach the Goodreads Choice Awards like it’s a marathon, not a sprint. After all, there are three rounds to get through, and more than a month goes by from when the nominees are announced to when the winners get selected. You’re going to be asking your readers to vote for you repeatedly and you need to think about what will keep them motivated.

The key is to strike the right balance between asking for votes and not bribing people to vote for you (we'll let this one slide, Mr. Crouch!). Goodreads will immediately disqualify any book on which suspicious activity is brought to our attention. We do not tolerate abuse.

While Goodreads won’t accept advertisements to influence votes, here are a few things you can do to delight your readers while also raising awareness for your book:

1. Answer questions via Ask the Author. Check your author dashboard to see if you have any questions already waiting for you, and then start working through them. Provide a thoughtful answer and link to your category in the Choice Awards with a call-to-action to vote. Share the answer on social media for added visibility.

2. Create a giveaway. Set up a giveaway for a signed copy of your book. Use the giveaway description to let people know the book has been nominated, and encourage people to vote. Run the giveaway for the duration of the Choice Awards, ending it on the day after winners are announced—it will be an extra delight to receive the email notification should the book win. 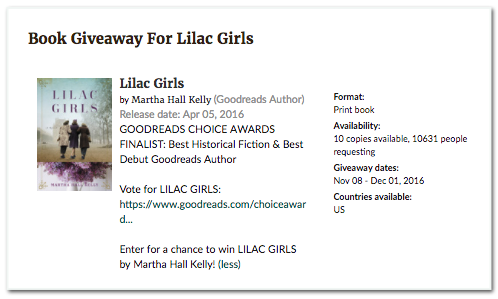 3. Share exclusive content. You can do this by publishing excerpts, custom art, on your blog. Have you tried Kindle Notes and Highlights? Readers love seeing behind-the-scenes content that you can include and share on Goodreads, like 2013 Choice Award Nominee Emma Chase did for one of her recent titles. 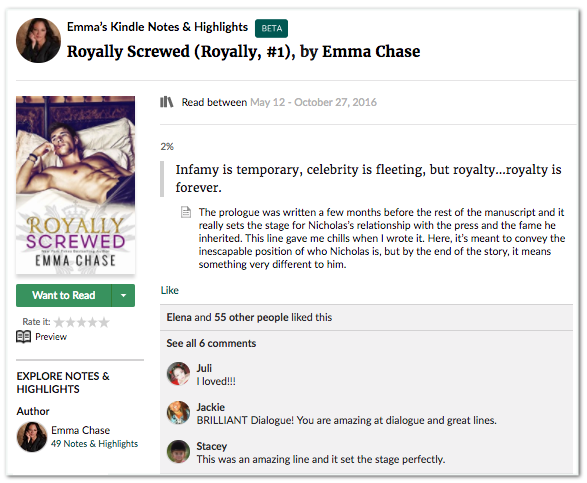 Remember: your fans need to vote for your book in each round in order for your book to advance to the next round, and the winning book is the one with the highest number of overall votes in the end. Plan your promotions so that you’re not asking for all your votes in the opening round. To keep it humble, think of your activities as “Thank You’s” rather than requests—after all, it’s the readers who got you the nomination in the first place.

The Power of Write-In Nominees


Don’t see your name in the opening round? Try becoming a write-in nominee. The Goodreads team spends many weeks analyzing data around the millions of books that get added to Goodreads throughout the qualifying year to come up with the initial list of 15 nominees in 20 categories. We then ask readers: “Did we miss anything?” The top five write-in books get added into the semi-finalist round, and readers vote again to factor in the additional options.

Last year, fans of Anna Kendrick rallied to get her to become a write-in nominee in the Humor category and made it into the final round before losing out to Amy Schumer. While celebrities will always have a disproportionate advantage because of their sheer mass appeal, regular authors should still consider the write-in opportunity if they don’t end up making the initial nominee list.

My Best Friend’s Exorcism by Grady Hendrix was getting a respectable amount of attention throughout the year, and then received a major boost November 8, when it qualified for a Goodreads Choice Semi-Finalist. It ultimately lost out against Joe Hill’s The Fireman in the final round in the Horror category, but continued to be successful during the 2016 holiday season and beyond. 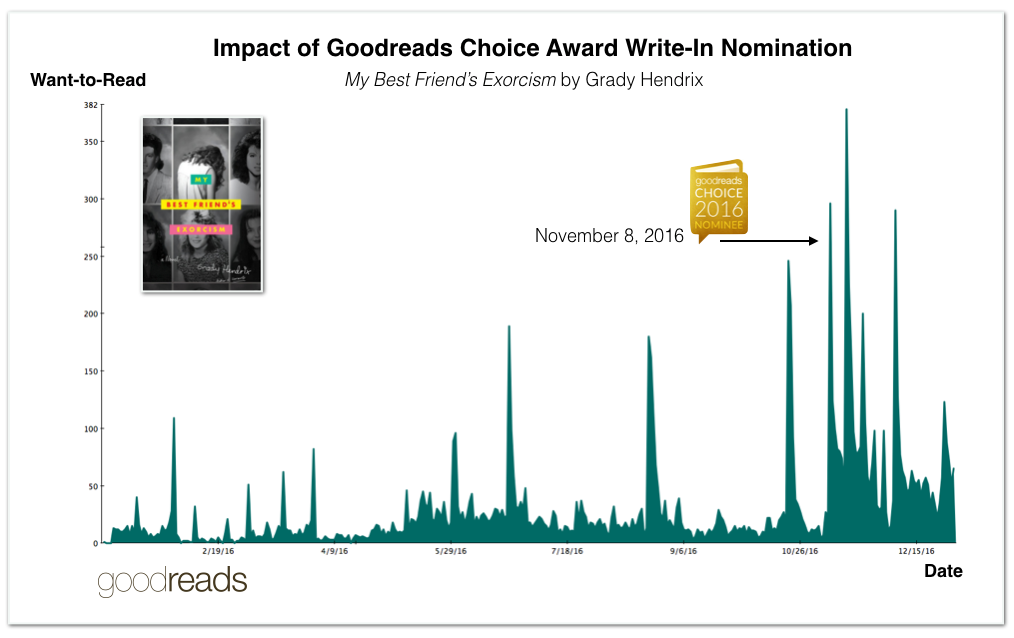 The first step for authors is making readers aware that the write-in option exists, and then directing them with explicit directions to include your book. We don't allow incentivized votes, but if your book makes it into the semi-final round, celebrate with your readers by running a discount promotion on another title, an original short story, or a video recording of yourself with a special message. Make sure to keep it easy and accessible enough in the event that the book gets enough votes.


The opening round for this year’s Choice Awards kicks off October 31, with the semi-finalist round running from November 7 – November 12 and the final round from November 14 – November 27. Winners will be announced on December 5.

The Goodreads Choice Awards happen around the same time every year, so if you aren’t included in this year’s list, start thinking about how you might work towards them with your next book. These days, the window for marketing is no longer limited to the weeks around publication date, so continue to build momentum by staying active on Goodreads and engaged with readers throughout the year. That, plus practicing your acceptance speech in front of the mirror!

Has your book won any awards? Share your approach with other authors in the comments below!

Next: Writing Prompts for Horror Week 2017

Just a question-so now we have to PAY to run a Giveaway?