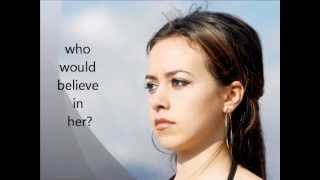 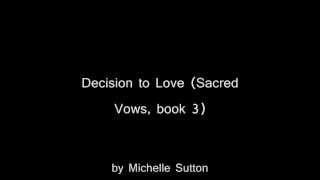 My review of The Last Kingdom by Bernard Cornwell

This is the story of the making of England in the 9th and 10th centuries, the years in which King Alfred the Great, his son and grandson defeated the Danish Vikings who had invaded and occupied three of England’s four kingdoms.The story is seen through the eyes of Uhtred, a dispossessed nobleman, who is captured as a child by the Danes and then raised by them so that, by the Read more of this blog post »
View more on Michelle Sutton's website »
Like  •  0 comments  •  flag

Danger at the Door (2 books)
by
Michelle Sutton (Goodreads Author)

Michelle is currently reading
What She Left for Me
by Tracie Peterson
bookshelves: currently-reading

“Well if God wanted a broken spirit out of me, He would get His
wish. At this point in my life the only thing I could do was look up.”
― Michelle Sutton, Never Without Hope
tags: inspirational-quotes
19 likes
Like

“Life was good. Everything was going right. It was almost scaring him because usually when things were going this well it was the calm before the storm hit.”
― Michelle Sutton, Their Separate Ways
tags: family-relationships, marriage
10 likes
Like

“No wonder being a real Christian isn't popular. Who wants to suffer so they can find joy?”
― Michelle Sutton , Letting Go
tags: spiritual-wisdom
8 likes
Like

“Well if God wanted a broken spirit out of me, He would get His
wish. At this point in my life the only thing I could do was look up.”
― Michelle Sutton, Never Without Hope
tags: inspirational-quotes
19 likes
Like

“Faith is taking the first step even when you can't see the whole staircase.”
― Martin Luther King Jr.
tags: inspirational-faith
7583 likes
Like

“As fallible humans, we usually slip too far over one edge or the other - all wrath and judgment or all grace and love.”
― Eric Wilson, A Shred of Truth
tags: christian, god, grace, judge, love, tolerance
39 likes
Like

“Whatever is begun in anger, ends in shame.”
― Benjamin Franklin
270 likes
Like

Virginia Smith
author of
Stuck in ...

Debra Ullrick
author of
The Unlik...

Denise Hunter
author of
The Conve...

Lynn Austin
author of
Candle in...

Hi Michelle. Thanks for your friendship.

Michelle! Thank you for friending me here in Goodreads. Although Amish fiction might not be your forte, you might enjoy some quick reads with my new series, THE LOVES OF SNYDER COUNTY. Also, for girls 10 and older, I have a bes-selling series, THE KEYSTONE STABLES books from Zonderkidz. Check the books at http://www.marshahubler.com. Thanks again, Marsha

Michelle, thanks so much for friending me here. I appreciate it. Happy reading!

No problem. One never has enough online friends. 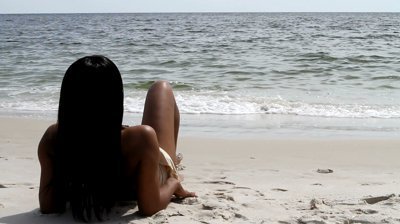 Tony wrote: "It is great to see you here, Michelle! Let me know when you'll be in town again so we can connect over lunch or dinner and talk. It has been a while since we've caught up. Take good care of your..."

OH, BTW, the third book (FINALLY) came out in the series your daughter was reading. Just so you know.

Tony wrote: "It is great to see you here, Michelle! Let me know when you'll be in town again so we can connect over lunch or dinner and talk. It has been a while since we've caught up. Take good care of your..."

Christine wrote: "Thanks for being my friend"

Michelle, thank you for the friendship

Abigail wrote: "Thanks for adding me!"


You are very welcome!

Thanks for letting me know. :)

As a Goodreads friend, I wanted to let you know for the next two weeks both of my novels: Virginia's War and Engaged in War are selling digitally for 99 cents on Kindle, Nook & iBook.
Both were finalists for several awards including:
-Military Writer's Society Best Novel of the Year
-Best Novel of the South

Once again, thank you for your support.

Catherine wrote: "Hey Michelle, just wondered if you'd had a chance to read/review Yesterday's Tomorrow yet? Thanks!"

I wish! I had a deadline that I just finished a few days ago, but I had a trip to visit my dad who is terminally ill so that bumped it forward, then I was sick and had stuff back up. I just need to wade through the Carol books now that the Grace Awards are over. Then there are the blog tours. It never ends. I do have it slated to read hopefully no later than June. I will get to it sooner if I can. I just got swamped.

Hey Michelle, just wondered if you'd had a chance to read/review Yesterday's Tomorrow yet? Thanks!

Thanks for the recommendation. Can't wait to read your book. I hope you'll check out my book as well.

Thanks for adding me, Michelle!

Hi Michelle - Thank you for your friendship.
Please visit my website http://www.peteradarkenedfairytale.co.uk
to view a sample page and many other snippets about the book.
Expected release date mid-late Jan.
Best wishes, William

Penelope wrote: "Thanks for adding me as a friend!"

Jaree wrote: "Thanks for accepting the + How are you, madame?

Thanks for accepting the + How are you, madame?

Harlequin Books wrote: "Hi Michelle, I'm pleased to meet you and look forward to discussing books with you. If you ever have any questions about any of the titles on my shelves or about eHarlequin.com and all it has to of..."

Sounds good. I have a romance that I'd let to sell to Harlequin one of these days. But first I have to fulfill all of my other contracts.

Hi Michelle, I'm pleased to meet you and look forward to discussing books with you. If you ever have any questions about any of the titles on my shelves or about eHarlequin.com and all it has to offer, please ask. I'll be happy to answer. I’ll also update news when I can for example; did you know that in March Silhouette Desires will be putting out their 2000th book? The authors are celebrating with a special blog on eHarlequin.com :).

Cool. When you finish let me know what you think. Several people who have read all my books said they liked this one best. :)

Hey Michelle, thanks for the add :)

thanks for that add, Michelle - appreciate it

I have no idea what we were talking about.

Thanks for the book review, Michelle :)

It's a small world, huh?

Hi michelle,
I know its been a while since i talked with you because i haven't had all that much time since summer ended. so i just was popping in to say hi and send my well wishes your way

Hi Michelle!
Thanks for adding me as a friend!

Thanks for the friend request. :) It's always fun learning about Christian authors!

Hi Michelle and thanks for adding me as friend. You are such an interesting AND busy woman! If you have time, I'd love for you to visit my web site, www.jeanniebarber.com. I'm a novice writer so feel free to make any kind of suggestions, ideas or thoughts to correct it. I’m co-authoring a novel with Patty Wiseman, another friend on Goodreads. We’ve known each other for over 30 years. While you're there, please sign the guestbook, too! There’s also a link to our book you can click on…clairkelley@synthasite.com. This site is brand new and in the editing stage as is our story. Please visit it as well. We’re both very green, but we’ve met so many people on this site willing to reach out and offer advice or a guiding hand.
Blessings,
Jeannie

Thanks for putting me on your friends list. I'm just getting used to all this inter-net-working.

Usually, I read SF and fantasy.

Hi Michele,
Thanks for the friend request. I'm always happy to befriend a fellow author.

Thanks for being my goodreads buddy, Michelle!

My new romantic suspense, The Twist is a Bookstrand #1 Bestseller! A story of mind-bending control and unnerving metamorphosis, The Twist unravels the tale of a hotshot consultant as he struggles to foil a plot to steal $12 million and to rescue the feisty, female scientist who has stolen his heart.

READ AN EXCERPT FROM THE TWIST

Hi, Michelle. Thanks for being a friend on Good Reads. WOW! You are doing a signing in fron t of Mall Of America! How exciting... Andrea M. Kulman, Author of The Drama Unfolds.

Hey michelle,
Thank you for adding me
Smiles,
Liz