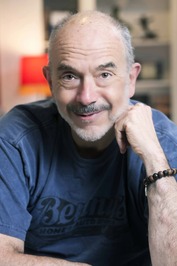 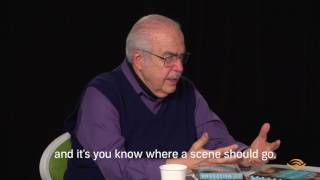 He was the director of the Writing Center at the Norwich Free Academy, Norwich, Connecticut from 1989-1998, and an Associate Professor of Creative Writing at the University of Connecticut’s English Department. He holds a B.A. in Education and an M.A. Wally Lamb is the author of She's Come Undone, The Hour I First Believed, and I Know This Much Is True. Two were featured as selections of Oprah's Book Club. Lamb is the recipient of the Connecticut Center for the Book's Lifetime Achievement Award, the Connecticut Bar Association's Distinguished Public Service Award, the Connecticut Governor's Art Award, the Barnes & Noble Writers for Writers Award, the 1999 New England Book Award for Fiction, and the Missouri Review William Peden Fiction Prize.

Lamb has served as a volunteer facilitator for a writing workshop at the York Correctional Institute, a maximum-security prison for women, in Niantic, Connecticut since 1999. He has edited two collections of autobiographical essays entitled Couldn't Keep It to Myself: Testimonies from Our Imprisoned Sisters (2003) and I'll Fly Away (2007).

Lamb currently lives in Mansfield, Connecticut with his wife, Christine Lamb, and their three sons, Jared, Justin and Teddy. ...more

HBO’S Latest Trailer for I Know This Much Is True

Based on the 1998 bestselling novel by Wally Lamb, adapted and directed by Derek Cianfrance,this limited series follows the parallel lives of identical twin brothers, played by Mark Ruffalo.

A family saga, it tells a story of betrayal, sacrifice and forgiveness set against the backdrop of 20th-century America.

The post HBO’S Latest Trailer for I Know This Much Is True appeared first on Wally Lamb,

“Love is like breathing. You take it in and let it out.”
― Wally Lamb, She's Come Undone
tags: love
447 likes
Like

“I am not a smart man, particularly, but one day, at long last, I stumbled from the dark woods of my own, and my family's, and my country's past, holding in my hands these truths: that love grows from the rich loam of forgiveness; that mongrels make good dogs; that the evidence of God exists in the roundness of things. This much, at least, I've figured out. I know this much is true.”
― Wally Lamb, I Know This Much Is True
tags: inspirational
300 likes
Like

By Diane Chamberlain
20 votes, 33.9%
The Golem and the Jinni

By Helene Wecker
9 votes, 15.3%
The House at the End of Hope Street

By Lene Kaaberbøl
5 votes, 8.5%
The Hour I First Believed