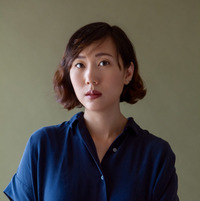 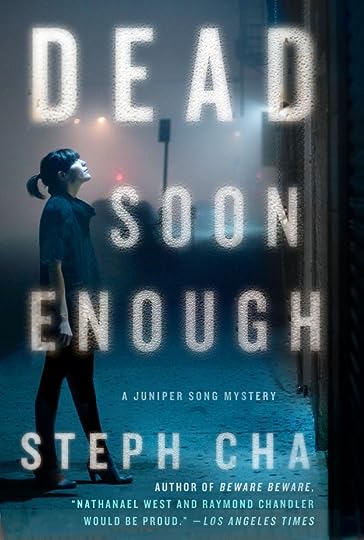 As you probably know if you’re already here, I wrote another book! Dead Soon Enough is the third installment in my Juniper Song series, and it deals with pregnancy surrogacy and the Armenian genocide. It got a starred, boxed review in Publishers Weekly––my first starred review, which I expect will result in runaway success and enormous wealth.

The book drops less than a week from now, on August 11,

“How dare this girl come to their table, pleading about injustice, acting like his sister was a dead body she'd discovered, one they had to help her do something about right now. When they'd buried her a thousand times over. When they'd done their best, the only ways they knew how, to keep her alive.”
― Steph Cha, Your House Will Pay
1 likes
Like

“Smoke rose in a pillar like something from the Bible, dark and alive and climbing, becoming one with the gray sky.”
― Steph Cha, Your House Will Pay
1 likes
Like

“You meet a new person, you go with him and suddenly you get a whole new city...you go down new streets, you see houses you never saw before, pass places you didn't even know were there. Everything changes.”
― Samuel R. Delany, Dhalgren
tags: change, discovery, perspective, travel
123 likes
Like

Just posted a review of Follow Her Home - on goodreads , and on my recently revived blog (where I pair the review with a relevant song)