,
Discover new books on Goodreads
See if your friends have read any of Frederick Lewis Allen's books 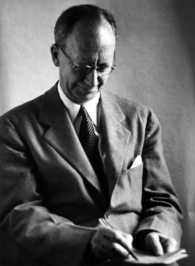 · 3,376 ratings · 415 reviews · 21 distinct works • Similar authors
More books by Frederick Lewis Allen…
Quotes by Frederick Lewis Allen  (?)
Quotes are added by the Goodreads community and are not verified by Goodreads. (Learn more)
“Though there was much sheer rascality in the Wall Street of the nineteen-twenties, much sheer greed roaming at large, and a widespread betrayal of the fiduciary principle, it may be that none of these things did as much damage to the country, in the sum total, as the sheer irresponsibility of men who, possessing vast powers, played the game of profit and loss without regard for the general public interest.”
― Frederick Lewis Allen, The Lords of Creation: The History of America's 1 Percent
3 likes
Like

“The new code had been born in disillusionment, and beneath all the bravado of its exponents and the talk upon entering a new era, the disillusionment persisted. If the decade was ill-mannered, it was also unhappy. With the old order of things had gone a set of values which had given richness and meaning to life, and substitute values were not easily found.”
― Frederick Lewis Allen, Only Yesterday: An Informal History of the 1920's
1 likes
Like

“Nor did the Roman Catholics escape censure in the regions in which they were in a minority. Did not the members of this Church take their orders from a foreign pope, and did not the pope claim temporal power, and did not Catholics insist upon teaching their children in their own way rather than in the American public schools, and was not all this un-American and treasonable?”
― Frederick Lewis Allen, Only Yesterday: An Informal History of the 1920s
1 likes
Like