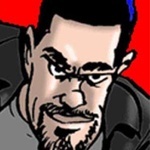 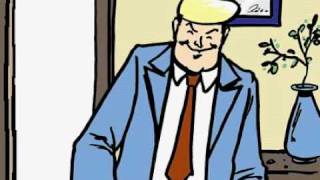 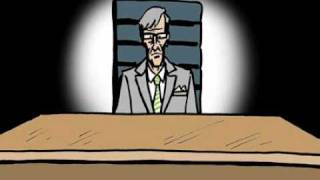 His research interests include the anti-racism and pro-Reparations struggles of the Black American former slave class, its ties to antitrust law and the rise of the Second Gilded Age, with its lineage-based, systemic racism effects.

His research interests include the anti-racism and pro-Reparations struggles of the Black American former slave class, its ties to antitrust law and the rise of the Second Gilded Age, with its lineage-based, systemic racism effects.

M. Rasheed’s recent artivism effort is Weapon of the People: DECODED, a Gag-A-Day political cartoon venture launched on 09 Apr 2018. In addition to the backlist of previous works, illustrated short essay social observations and genre sequential art tales, his website features philosophical dialogues with ideological opponents from which the artist is inspired to create his cartoons.

M. Rasheed’s other projects include: “Monsters 101: The Adventures of Pugroff & Mort (books 1-10)” and “Tales of Sinanju: The Destroyer (based on characters created by Warren Murphy & Richard Sapir – books 1-10).” ...more 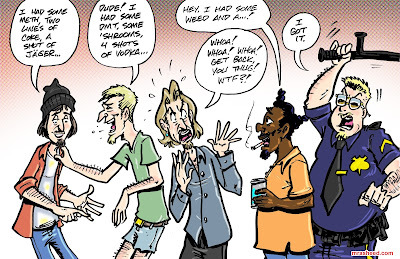 Muhammad Rasheed is currently reading
The Dutch Republic: Its Rise, Greatness, and Fall 1477–1806
by Jonathan I. Israel
bookshelves: currently-reading

Muhammad Rasheed is currently reading
The Corporation That Changed the World: How the East India Company Shaped the Modern Multinational
by Nick Robins
bookshelves: currently-reading, 100-percent-brotha

Muhammad Rasheed is currently reading
The Code of Capital: How the Law Creates Wealth and Inequality
by Katharina Pistor
bookshelves: currently-reading, 100-percent-brotha, influences

More of Muhammad's books…
Quotes by Muhammad Rasheed  (?)
Quotes are added by the Goodreads community and are not verified by Goodreads. (Learn more)
“I see the world as a multi-layered, encrypted message—encrypted for countless reasons, by numerous sources. I believe our job as actively-engaged humans is to decode these messages for our own use and to document them for the greater body of human literature at the means each individual has at hand.

As an artist—specifically, a cartoonist—that is the means/medium I use for my own decoding duties. Through my research, I use logic, reason and intellect to intuitively follow the knowledge thread that intrigues me, connecting the dots from pattern recognition, and producing the cartoons that form my socio-political analysis.”
― Muhammad Rasheed

“And to celebrate I will create a series of masterpieces showing how wrong-headed and primitive you and your ideologies are, and it is this that will pave the way to the new truth! As the artist, everyone will pay attention to me, while without a body of art to speak for you... no one will ever even remember your name!" Monsters 101, Book Ten: Class Dismissed”
― Muhammad Rasheed
tags: cartooning, m-rasheed, monsters-101, second-sight-graphix
0 likes
Like

“It is also said that Genghis Khan wanted to attack the kingdom of Prester John, but that the latter repulsed him by unleashing thunderbolts against his armies.”
― René Guénon
6 likes
Like

“I knew that the first Europeans to arrive in Ethiopia had addressed the monarchs of that country as ‘Prester John.’ This use of the sacred relic as a war palladium – and as an effective one at that – was not, according to Archpriest Solomon [Gabre Selassie, Head of the Ethiopian Orthodox Church in Britain], just something that had happened in Ethiopia’s distant past. On the contrary: ‘As recently as 1896 when the King of Kings Menelik the Second fought against the Italian aggressors at the battle of Adowa in Tigray region, the priests carried the Ark of the Covenant into the field to confront the invaders. As a result of this, Menelik was very victorious and returned to Addis Abada in great honour.’

I re-read this part of the reply with considerable interest because I knew that Menelik II had indeed been ‘very victorious’ in 1896. In that year, under the command of General Baratieri, 17,700 Italian troops equipped with heavy artillery and the latest weapons had marched up into the Abyssinian highlands from the Eritrean coastal strip intent on colonizing the whole country. Menelik’s forces, though ill prepared and less well armed, had met them at Adowa on the morning of 1 March, winning in less than six hours what one historian had subsequently described as ‘the most notable victory of an African over a European army since the time of Hannibal.’ In a similar tone, the London Spectator of 7 March 1896 commented: ‘The Italians have suffered a great disaster… greater than has ever occurred to white men in Africa.”
― Graham Hancock, The Sign and the Seal: The Quest for the Lost Ark of the Covenant

“True ideas do not change or develop, but remain as they are in the timeless 'present.”
― René Guénon
13 likes
Like

“The conventional understanding of meritocracy is that it is a system for awarding or allocating scarce resources to those who most deserve them. The idea behind meritocracy is that people should achieve status or realize the promise of upward mobility based on their individual talent or individual effort. It is conceived as a repudiation of systems like aristocracy where individuals inherit their social status.

I am arguing that many of the criteria we associate with individual talent and effort do not measure the individual in isolation but rather parallel the phenomena associated with aristocracy; what we're calling individual talent is actually a function of that individual's social position or opportunities gained by virtue of family and ancestry. So, although the system we call "meritocracy" is presumed to be more democratic and egalitarian than aristocracy, it is in fact reproducing that which it was intended to dislodge.

Michael Young, a British sociologist, created the term in 1958 when he wrote a science fiction novel called The Rise of Meritocracy. The book was a satire in which he depicted a society where people in power could legitimate their status using "merit" as the justificatory terminology and in which others could be determined not simply to have been poor or left out but to be deservingly disenfranchised.”
― Lani Guinier

“The “end of a world” never is and never can be anything but the end of an illusion.”
― René Guénon
tags: antimodernism, traditionalism
37 likes
Like