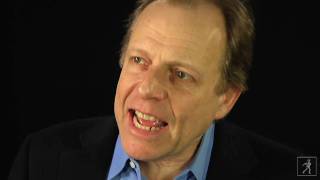 “We've inherited many ideas about writing that emerged in the eighteenth century, especially an interest in literature as both an expression and an exploration of the self. This development  part of what distinguishes the "modern" from the "early modern"  has shaped the work of many of our most celebrated authors, whose personal experiences indelibly and visibly mark their writing. It's fair to say that the fiction and poetry of many of the finest writers of the past century or so  and I'm thinking here of Conrad, Proust, Lawrence, Joyce, Woolf, Kafka, Plath, Ellison, Lowell, Sexton, Roth, and Coetzee, to name but a few  have been deeply autobiographical. The link between the life and the work is one of the things we're curious about and look for when we pick up the latest book by a favorite author.”
― James Shapiro, Contested Will: Who Wrote Shakespeare?
tags: modernity, readers-and-writers, reading
8 likes
Like

“It may take a decade or two before the extent of Shakespeare's collaboration passes from the graduate seminar to the undergraduate lecture, and finally to popular biography, by which time it will be one of those things about Shakespeare that we thought we knew all along. Right now, though, for those who teach the plays and write about his life, it hasn't been easy abandoning old habits of mind. I know that I am not alone in struggling to come to terms with how profoundly it alters one's sense of how Shakespeare wrote, especially toward the end of his career when he coauthored half of his last ten plays. For intermixed with five that he wrote alone, Antony and Cleopatra, Coriolanus, The Winter's Tale, Cymbeline, and The Tempest, are Timon of Athens (written with Thomas Middleton), Pericles (written with George Wilkins), and Henry the Eighth, the lost Cardenio, and The Two Noble Kinsmen (all written with John Fletcher).”
― James Shapiro, Contested Will: Who Wrote Shakespeare?
tags: authorship, collaboration, history-of-thought, shakespeare, teaching
6 likes
Like

Is this you? Let us know. If not, help out and invite James to Goodreads.