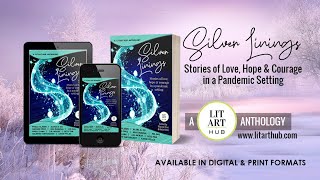 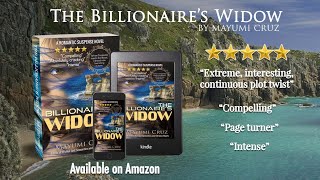 Some of her writings have also appeared in Philippines Graphic, Medium, AdHoc Fiction and The Drabble. Mayumi has degrees in Economics and Educational Management and lives in the Philippines with her husband and three sons.

Can you tell us a two-sentence horror story?
Mayumi Cruz He turned off the computer. His dead grandfather’s face continued to stare at him from the black screen.
flag
What books are on your summer reading list this year?
Mayumi Cruz I pick randomly any book which blurb catches my attention but I really plan on reading The Stand by Stephen King.
flag
See all 9 answers from Mayumi Cruz…

I have many NEWs! New Book Covers, a Book Bundle, and an Updated Edition!

The beauty of being an indie author is you have complete control over your books. That means changing book covers, updating an edition, or bundling books for budget-conscious readers.

In a stroke of inspiration (and while battling writer’s block), I creat

“It was just a simple meeting of the eyes. There was nothing to it. She had done so with countless people. And she had stared at his eyes before, back at the cinema. But there was something different at that exact time, in that exact situation, with exactly the same person.
It was like being struck by lightning. Sudden, electric, paralyzing.
And she knew he felt it too. For some inexplicable reason, they both found themselves unable to look away, powerless to deny the pull. Hypnotized by each other’s brown irises, without knowing nor caring who wielded the magic wand of trance which put them into some kind of conscious stupor. While the world and everything in it faded in the background and the noises outside were hushed, Alex was achingly aware of herself. Of how drawn she was to the deep, swirling pools of dark honey staring into her soul, magnetic and mystic at the same time. Of how every nerve and every cell of her body were ablaze, tongues of flame flittering over them, singeing her with a torturous warmth. Of the blaring sound of her pulse pounding heavily beneath the onslaught of his sensual thumb. It was a scintillating torment she didn’t want to end.”
― Mayumi Cruz, It's Not Just Semantics: A Banterful Romance
tags: diverse-books, diverse-characters, love-quotes, romance, romantic-comedy, romantic-quotes
1 likes
Like

“There’s lust…and then there’s chemistry. There’s a big difference between the two.”

“Lust is a physical connection. Nothing more, nothing less. Chemistry, on the other hand, is beyond physical.”
― Mayumi Cruz, It's Not Just Semantics: A Banterful Romance
tags: love-quote, love-quotes-and-sayings, romance, romantic, romantic-book
1 likes
Like

“All I heard was the sound of my own heart.
Beating, but not breathing.
Alive, but not living.
Whole, but fatally broken.”
― Mayumi Cruz, Chroma Hearts
tags: crime, crime-noir, mental-health, psychological-thrillerc, thriller
0 likes
Like

“When asked, How do you write? I invariably answer, One word at a time.”
― Stephen King
tags: writer, writing
0 likes
Like

“I wrote my first novel because I wanted to read it.”
― Toni Morrison
73 likes
Like

“I think new writers are too worried that it has all been said before. Sure it has, but not by you.”
― Asha Dornfest
tags: writing
5 likes
Like

“How did we come to this? Two tormented souls, two shattered hearts, two people tied and bound in a perpetual circle of gloom. There was no light in sight. Only darkness. Only sorrow.”

“I will continue doing it, even if it takes a lifetime. Because I love her. I love her enough to look past the horror of what was done to her and cast my eyes forward, rebuilding our future.”
― Mayumi Cruz, Chroma Hearts
tags: crime, mental-illness, psychological-thriller, romance
0 likes
Like