While my print publisher holds the rights for e-editions of my earlier fantasy novels here in the US/North America, we'd retained foreign rights, way back when. So when the e-books market opened up with Kindle etc. a decade ago, the first three Chalion books and the Sharing Knife series were among the first works of mine we were able to put up as indie ebooks in that market. Those early experimental covers have been up for a long time, so I figured, with the Penric experiences under our belts, that it was time to refresh them.

I've been working with artist Ron Miller (well, he was doing most of the work) for the past several weeks, and here's a peek at the results. They're planned to go up on my UK and World e-editions of Kindle and Apple Books in the next week or so. I don't know if already-purchased e-copies will refresh themselves the way they thankfully do for corrected typos -- it'll be interesting to find out.

(The actual covers will have better resolution than this thumbnail at the larger magnifications, though likely most prospective purchasers will only be glancing at small cover images on the vendors' screens.)

Paladin of Souls on eBookDaily

I have been roundaboutly informed that Paladin of Souls is featured on today's Kindle's eBookDaily, for $1.99 --

Today only, which, since today (9/3) is three-fourths over as I type this, may be a bit late for you all, but you all already know about the book. The main virtue of this, I believe, is for reaching new readers.

I'm part of an article in The Writer

...from an email interview collected some time ago, but this is the first time I've seen it online. The journalist interviews several writers on the ins and out of trunk stories. I talk a little about "The Flowers of Vashnoi" and Gentleman Jole and the Red Queen.

(Note the article is divided over 3 screens, which one must click through sequentially.)

nice review of The Assassins of Thasalon in Locus

Masquerade in Lodi pre-order page is up at SubPress 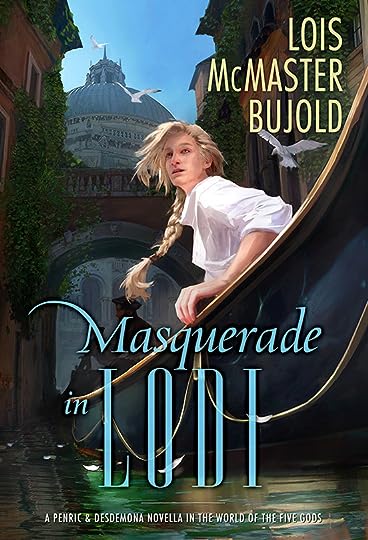 Blackstone Audiobooks' production of The Assassins of Thasalon, my 10th Penric & Desdemona title and the first of novel length, has released today wherever Blackstone's downloads are sold. 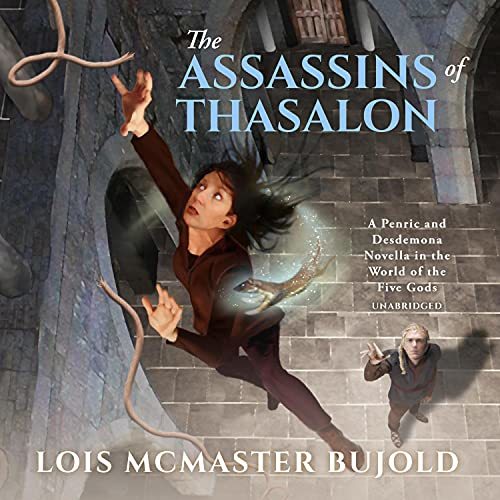 Aha. The interview/article we did a few weeks back on the subject of "The Physicians of Vilnoc" is now up at the Twin Cities Geek site:

Physicians of Vilnoc in at Dreamhaven, Hugo's

Copies of the Subterranrean Press trade hardcover and leatherbound editions of "The Physicians of Vilnoc" have arrived at Uncle Hugo's and Dreamhaven Books & Comics. I should add, all signed by me.

and has books in-store and mail order. Yay! 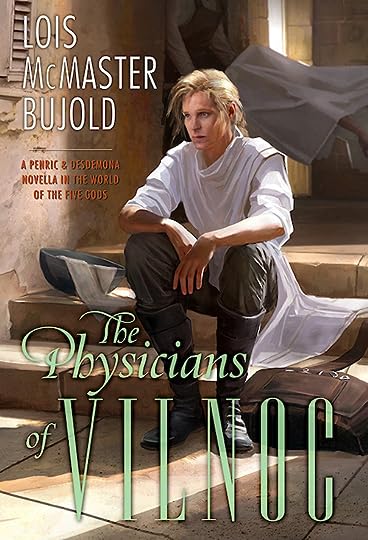 Physicians of Vilnoc in print

If I'm reading this right, "The Physicians of Vilnoc" has made it through printing and is now in stock at Subterranean Press. I wasn't expecting it for another month!

No idea how fast it will be shipping out. Amazon still has it listed as July 31st. When my author's copies arrive I will assume the vendors won't be far behind, but shipping times can get pretty random. In any case, Uncle Hugo's and Dreamhaven here in Minneapolis will have signed trade (regular hardcover) copies as well as signed limited leather-bound in due course.

7/7: Hugo's has their order page up, though their cartons have not yet turned up. I received my box the other day, so I'd think it won't be much longer. If you place an order there now, you can ask for personalizations in the first wave of books owner Don brings out for me to sign for him.

panel discussion of The Curse of Chalion

The 4th Street Fantasy Convention, a long-running literary spec fic convention here in Minneapolis, took place this past weekend. Being virtual this year, panel discussions were via internet, and thus recorded and more widely sharable than the rather more intimate/ephemeral conversations of the before times.

Anyway, they took on Chalion in honor of its 20th anniversary since publication, here:

Pat and I figured out, in discussing it later, that the sequence of events was that I took the Spanish history course in the summer or fall of '97, the abortive letter game was in the summer of '98, and the novel got its start (in the shower, one of the few inceptions I remember clearly) in February of 1999, two months after I'd turned in the manuscript of A Civil Campaign and was scratching around for something different to write.

If you have never attended an SF con, this is a fair sample of what the panel discussions are like.