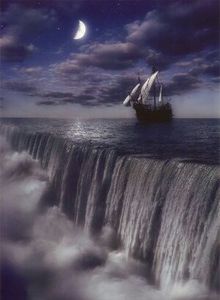 Mark is currently reading
Extreme Prejudice: The Terrifying Story of the Patriot ACT and the Cover Ups of 9/11 and Iraq: The Ultimate Conspiracy to Silence Truth
by Susan Lindauer
bookshelves: currently-reading

See all 5 books that Mark is reading…

“That's why they call it the American Dream, because you have to be asleep to believe it.”
― George Carlin
tags: america, dream, funny, humor, wealth
3677 likes

“Far out in the uncharted backwaters of the unfashionable end of the Western Spiral arm of the Galaxy lies a small unregarded yellow sun. Orbiting this at a distance of roughly ninety-eight million miles is an utterly insignificant little blue-green planet whose ape-descended life forms are so amazingly primitive that they still think digital watches are a pretty neat idea...

This planet has - or rather had - a problem, which was this: most of the people living on it were unhappy for pretty much of the time. Many solutions were suggested for this problem, but most of these were largely concerned with the movement of small green pieces of paper, which was odd because on the whole it wasn't the small green pieces of paper that were unhappy.

And so the problem remained; lots of people were mean, and most of them were miserable, even the ones with digital watches.”
― Douglas Adams, The Hitchhiker's Guide to the Galaxy

Seanan McGuire
author of: Every Heart a Doorway
More…