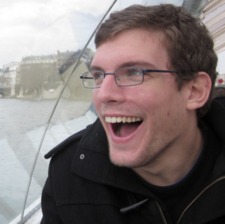 This will prevent Philipp from sending you messages, friend request or from viewing your profile. They will not be notified. Comments on discussion boards from them will be hidden by default.
Sign in to Goodreads to learn more about Philipp.

“The greatest clinicians who I know seem to have a sixth sense for biases. They understand, almost instinctively, when prior bits of scattered knowledge apply to their patients—but, more important, when they don’t apply to their patients.”
― Siddhartha Mukherjee, The Laws of Medicine: Field Notes from an Uncertain Science
12 likes

“The shades of difference between other people and me serve to make variety and prevent monotony, but that is all; broadly speaking, we are all alike; and so by studying myself carefully and comparing myself with other people, and noting the divergences, I have been enabled to acquire a knowledge of the human race which I perceive is more accurate and more comprehensive than that which has been acquired and revealed by any other member of our species. As a result, my private and concealed opinion of myself is not of a complimentary sort. It follows that my estimate of the human race is the duplicate of my estimate of myself.”
― Mark Twain, Autobiography of Mark Twain, Volume 2: The Complete and Authoritative Edition
6 likes

“An elderly woman gathering wood, plump and impoverished, tells me about her children one by one, when they were born, when they died. When she becomes aware that I want to go on, she talks three times as fast, shortening destinies, skipping the deaths of three children although adding them later on, unwilling to let even one fate slip away—and this in a dialect that makes it hard for me to follow what she is saying. After the demise of an entire generation of offspring, she would speak no more about herself except to say that she gathers wood, every day; I should have stayed longer.”
― Werner Herzog, Of Walking in Ice: Munich-Paris, 23 November-14 December 1974
6 likes

“What are we to do, then? To make the best of what lies within our power, and deal with everything else as it comes. ‘How does it come, then?’ As God wills.”
― Epictetus, Discourses, Fragments, Handbook
11 likes

“Laurence was an artist-chap, just that and nothing more, though you might make it sound more important by calling him an animal painter;”
― Saki, The Complete Saki: 144 Collected Novels and Short Stories
4 likes

Polls voted on by Philipp