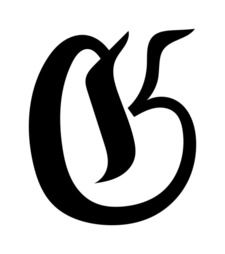 This will prevent Gwern from sending you messages, friend request or from viewing your profile. They will not be notified. Comments on discussion boards from them will be hidden by default.
Sign in to Goodreads to learn more about Gwern.

Gwern is currently reading
The Book of Disquiet
by Fernando Pessoa
bookshelves: currently-reading

“There is a line in Verlaine I shall not recall again,
There is a street close by forbidden to my feet,
There's a mirror that's seen me for the very last time,
There is a door that I have locked till the end of the world.
Among the books in my library (I have them before me)
There are some that I shall never open now.
This summer I complete my fiftieth year;
Death is gnawing at me ceaselessly.”
― Jorge Luis Borges, Dreamtigers
tags: aging, death
9 likes

“There is a concept which corrupts and upsets all others.
I refer not to Evil, whose limited realm is that of ethics; I refer to the infinite.”
― Jorge Luis Borges, Discusión
tags: ethics, infinity, philosophy
5 likes

“All things left her, all
But one. Her highborn courtliness
Accompanied her to the end,
Beyond the rapture and its eclipse,
In a way like an angel's. Of Elvira
The first thing that I saw - such years ago -
Was her smile and also it was the last.”
― Jorge Luis Borges, Dreamtigers
tags: aging, beautiful-creatures, death
7 likes

“Little did they suspect that the years would end by wearing away the disharmony.
Little did they suspect that La Mancha and Montiel and the knight's frail figure would be, for the future, no less poetic than Sinbad's haunts or Ariosto's vast geographies.
For myth is at the beginning of literature, and also at its end.”
― Jorge Luis Borges
tags: ariosto, don-quixote, literary-criticism, mythology
4 likes

“God, in the dream, illumined the animal's brutishness and he understood the reasons, and accepted his destiny; but when he awoke there was only a dark resignation, a valiant ignorance, for the machinery of the world is far too complex for the simplicity of a wild beast.
Years later, Dante was dying in Ravenna, as unjustified and as lonely as any other man. In a dream, God declared to him the secret purpose of his life and work; Dante, in wonderment, knew at last who and what he was and blessed the bitterness of his life....upon waking, he felt that he had received and lost an infinite thing, something that he would not be able to recuperate or even glimpse, for the machinery of the world is much too complex for the simplicity of a man.”
― Jorge Luis Borges, Dreamtigers
tags: evil
5 likes

Cordwainer Smith
author of: The Rediscovery of Man

David Brin
author of: The Postman

Gene Wolfe
author of: The Shadow of the Torturer

The Most Begun "Read but Unfinished" (Started) book ever

Polls voted on by Gwern