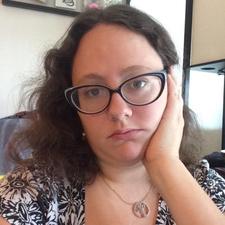 This will prevent Renata from sending you messages, friend request or from viewing your profile. They will not be notified. Comments on discussion boards from them will be hidden by default.
Sign in to Goodreads to learn more about Renata.

“The American Negro has the great advantage of having never believed that collection of myths to which white Americans cling: that their ancestors were all freedom-loving heroes, that they were born in the greatest country the world has ever seen, or that Americans are invincible in battle and wise in peace, that Americans have always dealt honorably with Mexicans and Indians and all other neighbors or inferiors, that American men are the world’s most direct and virile, that American women are pure. Negroes know far more about white Americans than that; it can almost be said, in fact, that they know about white Americans what parents—or, anyway, mothers—know about their children, and that they very often regard white Americans that way. And perhaps this attitude, held in spite of what they know and have endured, helps to explain why Negroes, on the whole, and until lately, have allowed themselves to feel so little hatred. The tendency has really been, insofar as this was possible, to dismiss white people as the slightly mad victims of their own brainwashing.”
― James Baldwin, The Fire Next Time
0 likes

“We are a country built by immigrants, dreams, daring, and opportunity. We are a country built by the horrors of slavery and genocide, the injustice of racism and exclusion. These realities exist side by side. It is our past and our present. The future is unwritten. This is a book about ghosts. For we live in a haunted house.”
― Libba Bray, Before the Devil Breaks You
tags: author-s-note
91 likes

“What are you watching? Is it comforting? I don’t have the bandwidth to give a fuck about anything not comforting to me most of the time. I know that’s “uncultured,” but also I don’t care because who are you, person challenging me? I want to watch Veep before bed because it makes me laugh, and I want to watch true crime documentaries, and I want to watch British actors in terrific costumes battling through emotions they weren’t even aware they had. That’s all. I’m tired. Find your comforting shit. Build your mental fort and hang out there.”
― Anne T. Donahue, Nobody Cares
6 likes

“To this day, I tend to victim-blame people who come back from vacation with green hair or complaining about anything other than getting sunburnt at the beach. Slipping on a rock while climbing waterfalls during your spring break trip to Cenote Tres Oches of Homún, Mexico, and breaking an ankle? Why were you there? Who told you that would be a good idea? Were you taking a selfie? Like, why would you put yourself in that position? Respect the waters, for they are deep and insidious.”
― Ben Philippe, Sure, I'll Be Your Black Friend: Notes from the Other Side of the Fist Bump
1 likes

Grinnell [PLANS] Book Recommendations — 121 members — last activity Jul 28, 2015 03:40PM
This is a place for Grinnellians to find great books to read or recommend good books to others.

Polls voted on by Renata