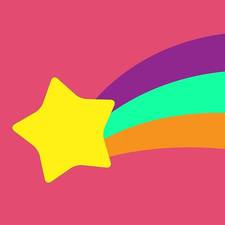 This will prevent Courtney from sending you messages, friend request or from viewing your profile. They will not be notified. Comments on discussion boards from them will be hidden by default.
Sign in to Goodreads to learn more about Courtney.

Courtney is currently reading
A Feast for Crows (A Song of Ice and Fire, #4)
by George R.R. Martin
bookshelves: currently-reading, 2016, fiction

“We are all shitty little snowflakes dancing in the universe.”
― Lewis Black, Me of Little Faith
24 likes

“On the first day I walked into Simon’s bustling headquarters, just across from City Hall, I encountered an intense young fund-raiser sitting in an open cubicle, working his quarry over the phone. Curious, I stopped to watch the spectacle. “Five hundred bucks? Five hundred bucks! You know what you’re telling me? You don’t give a shit about Israel,” the intense, wiry young man shouted at God knows which mover and shaker on the other end of the line. “I’d be embarrassed for you to take your five hundred bucks.” The kid hung up and stared at the phone, which rang an instant later. “Yeah, that’s better,” he said, in a markedly calmer tone. “Thanks.” Even at twenty-four, Rahm Emanuel had a gift for getting his point across, a quality I would see on display many times as we teamed up in the decades to come.”
― David Axelrod, Believer: My Forty Years in Politics
1 likes

“Don't be so hard on yourself, don't put pressure on yourself, life is just a chain of experiments and results, and you'll be perfect when you're dead.”
― Dan Harmon
tags: community, dead, death, life, perfect, perfection
21 likes

“What really matters is what you like, not what you are like”
― Nick Hornby, High Fidelity
28 likes

Douglas Adams
author of: The Hitchhiker's Guide to the Galaxy
More…

Polls voted on by Courtney