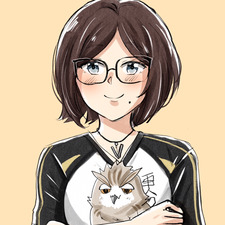 This will prevent Vendea from sending you messages, friend request or from viewing your profile. They will not be notified. Comments on discussion boards from them will be hidden by default.
Sign in to Goodreads to learn more about Vendea.

See all 33 books that Vendea is reading…

“I'm not trying to get you to sleep with me. I just literally had to lie down. Thank you for appreciating my face. I've always thought I had an underappreciated face.

“Abuse is also when your personality is attacked, not just your body. Abuse is feeling like you constantly have to walk on eggshells around the person you're supposed to love. Abuse is being cut off from your friends, even if you could never prove it was their idea you did it. Abuse is being made to feel you're going crazy. Abuse is being lured in with grand promises and wild declarations of love that can never be sustained. Abuse is being pushed into doing sexual things you're not comfortable with. That is also called rape, another word that has taken me some time to feel belongs to me. Abuse is intentionally humiliating you. Abuse is constantly blaming you for everything, and never them.”
― Holly Bourne, The Places I've Cried in Public
63 likes

“Hearts break open until they stay open. It’s what they were made to do. The pain? It’s part of the deal. A small exchange for the wild, joyful mess you’ll be handed in return.”
― Jenna Evans Welch, Love & Luck
16 likes

“Trauma is trauma. Your brain and body don't differentiate between physical and emotional abuse. They only respond to attack.”
― Holly Bourne, The Places I've Cried in Public
tags: abuse, trauma
17 likes

Polls voted on by Vendea