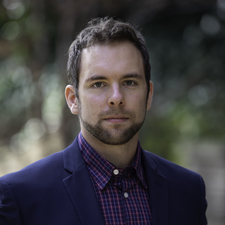 This will prevent Max from sending you messages, friend request or from viewing your profile. They will not be notified. Comments on discussion boards from them will be hidden by default.
Sign in to Goodreads to learn more about Max.

Max Nova is currently reading
The Eighth Day of Creation: Makers of the Revolution in Biology
by Horace Freeland Judson
bookshelves: currently-reading

See all 26 books that Max is reading…

“I would say that the ability of people to agree on matters of fact not immediately visible—states of affairs removed from them in space and time—ramped up from a baseline of approximately zero to a pretty high level around the time of the scientific revolution and all that, and stayed there and became more globally distributed up through the Cronkite era, and then dropped to zero incredibly quickly when the Internet came along.”
― Neal Stephenson, Fall; Or, Dodge in Hell
4 likes

“An intellectual is a person who has discovered something more interesting than sex.”
― Aldous Huxley
tags: attributed, intellectualism
1114 likes

Robert A. Caro
author of: Means of Ascent

Xenophon
author of: The Persian Expedition

Daniel J. Boorstin
author of: The Discoverers: A History of Man's Search to Know His World and Himself

Scott Lynch
author of: The Lies of Locke Lamora
More…

Polls voted on by Max