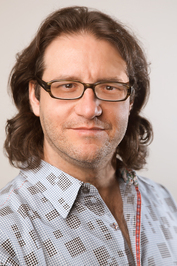 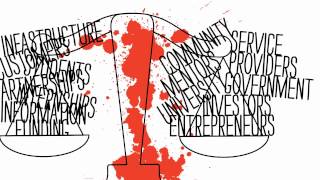 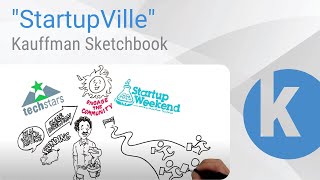 Born
in Blytheville, The United States
Website
https://feld.com/
Twitter
bfeld
Genre
Business
Member Since
December 2011
URL
https://www.goodreads.com/bfeld
edit data
Brad has been an early stage investor and entrepreneur since 1987. Prior to co-founding Foundry Group, he co-founded Mobius Venture Capital and, prior to that, founded Intensity Ventures. Brad is also a co-founder of Techstars.

Brad is a writer and speaker on the topics of venture capital investing and entrepreneurship. He’s written a number of books as part of the Startup Revolution series and writes the blogs Feld Thoughts and Venture Deals.

Brad holds Bachelor of Science and Master of Science degrees in Management Science from the Massachusetts Institute of Technology. Brad is also an art collector and long-distance runner. He has completed 25 marathons as part of his mission to finish a marathon in each of the 50 states.

The Hill We Climb by Amanda Gorman

Poetry is complex, beautiful, and mysterious. My wife Amy writes poetry. So does my first business partner Dave Jilk (Rejuvenilia, Distilled Moments). There is a lot of poetry in my house.

Brad Feld is currently reading
Ask Your Developer: How to Harness the Power of Software Developers and Win in the 21st Century
by Jeff Lawson
bookshelves: currently-reading

Brad Feld is currently reading
Running with the Mind of Meditation: Lessons for Training Body and Mind
by Sakyong Mipham
bookshelves: currently-reading

“Failure is a key part of entrepreneurship, but, as with many things in life, attitude impacts outcome”
― Brad Feld, Venture Deals: Be Smarter Than Your Lawyer and Venture Capitalist
5 likes
Like

“as you'll learn, there really are only two key things that matter in the actual term sheet negotiation—economics and control.”
― Brad Feld, Venture Deals: Be Smarter Than Your Lawyer and Venture Capitalist
3 likes
Like

“While the range of people, organizations, resources, and conditions involved in an entrepreneurial ecosystem are useful to understand, they are not the most critical construct. Instead, the interaction between each of the components is what matters.”
― Brad Feld, The Startup Community Way: Evolving an Entrepreneurial Ecosystem
2 likes
Like

“Several of her students were engrossed in their work, but when she asked one of them, a PhD student named David Merrill, to give me a quick demo of his project, he readily agreed. Merrill walked us over to a three-foot-wide mockup of a supermarket shelf stocked with cartons of butter, Egg Beaters, and cereal, and he happily slipped on a Bluetooth-enabled ring he had been tinkering with when we interrupted him. He pointed directly at a box of cereal, and a light on the shelf directly below it glowed red. This meant, he told us, that the food didn’t fit the nutritional profile that he had programmed into the device. Perhaps it contained nuts or not enough fiber. He told me that there were a lot of “really cool technologies” making this happen—an infrared transmitter/receiver mounted on the ring, a transponder on the shelf with which it communicated, and a Bluetooth connection to a smart phone that could access the wearer’s profile in real time, to name a few. It was easy to see how this “augmented reality interface,” as Merrill called it, could change the experience of in-store shopping in truly a profound way. But what really impressed me during this visit was the close working relationship he clearly enjoyed with Maes. He called her “Pattie,” and my impression was that they engaged in give-and-take like true collaborators and colleagues.”
― Frank Moss, The Sorcerers and Their Apprentices: How the Digital Magicians of the MIT Media Lab Are Creating the Innovative Technologies That Will Transform Our Lives
0 likes
Like

“But the grind has begun. The windows don’t open, and even the availability of near-constant jokes about Jews and Mormons fails to stem the tide of frustration, decay. We’ve reached the end of pure inspiration, and are now somewhere else, something implying routine, or doing something because people expect us to do it, going somewhere each day because we went there the day before, saying things because we have said them before, and this seems like the work of a different sort of animal, contrary to our plan, and this is very very bad.”
― dave eggers
tags: life, routine
9 likes
Like

“When Baby Boomers grow up and write books to explain why one or another individual is successful, they point to the power of a particular individual’s context as determined by chance. But they miss the even bigger social context for their own preferred explanations: a whole generation learned from childhood to overrate the power of chance and underrate the importance of planning. Gladwell at first appears to be making a contrarian critique of the myth of the self-made businessman, but actually his own account encapsulates the conventional view of a generation.”
― Peter Thiel, Zero to One: Notes on Startups, or How to Build the Future
3 likes
Like

“Eroom’s law—that’s Moore’s law backward—observes that the number of new drugs approved per billion dollars spent on R&D has halved every nine years since 1950.”
― Peter Thiel, Zero to One: Notes on Startups, or How to Build the Future
11 likes
Like

“In his competition with Bradford, Franklin had one big disadvantage. Bradford was the postmaster of Philadelphia, and he used that position to deny Franklin the right, at least officially, to send his Gazette through the mail. Their ensuing struggle over the issue of open carriage was an early example of the tension that often still exists between those who create content and those who control distribution systems.”
― Walter Isaacson, Benjamin Franklin: An American Life
0 likes
Like