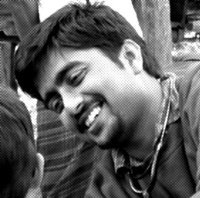 This will prevent Prashanth from sending you messages, friend request or from viewing your profile. They will not be notified. Comments on discussion boards from them will be hidden by default.
Sign in to Goodreads to learn more about Prashanth.

Prashanth Nuggehalli Srinivas is currently reading
Factfulness: Ten Reasons We're Wrong About the World – and Why Things Are Better Than You Think
by Hans Rosling
bookshelves: currently-reading

See all 4 books that Prashanth is reading…

“Every day, the New York Times carries a motto in a box on its front page. "All the News That's Fit to Print," it says. It's been saying it for decades, day in and day out. I imagine most readers of the canonical sheet have long ceased to notice this bannered and flaunted symbol of its mental furniture. I myself check every day to make sure that the bright, smug, pompous, idiotic claim is still there. Then I check to make sure that it still irritates me. If I can still exclaim, under my breath, why do they insult me and what do they take me for and what the hell is it supposed to mean unless it's as obviously complacent and conceited and censorious as it seems to be, then at least I know I still have a pulse. You may wish to choose a more rigorous mental workout but I credit this daily infusion of annoyance with extending my lifespan.”
― Christopher Hitchens, Letters to a Young Contrarian
32 likes

“That was why, later on, he began to lose interest in photography: first when colour took over, then when it became plain that the old magic of light-sensitive emulsions was waning, that to the rising generation the enchantment lay in a techne of images without substance, images that could flash through the ether without residing anywhere, that could be sucked into a machine and emerge from it doctored, untrue. He gave up recording the world in photographs then, and transferred his energies to saving the past.”
― J.M. Coetzee, Slow Man
tags: digital-age, illusion, photography
6 likes

“This was yet another colonial fascination: to create the conditions of misery in a population, then subject it to social or medical experimentation.”
― Siddhartha Mukherjee, The Emperor of All Maladies: A Biography of Cancer
19 likes

“In an average day, you may well be confronted with some species of bullying or bigotry, or some ill-phrased appeal to the general will, or some petty abuse of authority. If you have a political loyalty, you may be offered a shady reason for agreeing to a lie or a half-truth that serves some short-term purpose. Everybody devises tactics for getting through such moments; try behaving "as if" they need not be tolerated and are not inevitable.”
― Christopher Hitchens, Letters to a Young Contrarian
tags: dissent, freethought, philosophy
30 likes

Ramachandra Guha
author of: India After Gandhi: The History of the World's Largest Democracy

E.H. Aitken
author of: A Naturalist On The Prowl
More…

Polls voted on by Prashanth