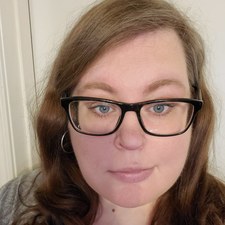 “It doesn't matter who started it or what it's really about...war usually ends up sucking most for women. Even when we're not fighting the battles ourselves, we somehow always end up with the lion's share of the suffering.”
― Brian K. Vaughan, Saga, Volume 5
tags: saga, suffering, war, women
21 likes

“A reader lives a thousand lives before he dies, said Jojen. The man who never reads lives only one.”
― George R.R. Martin, A Dance with Dragons
tags: read, readers, reading, reading-books
34650 likes

“Guys like him really shouldn’t be allowed on motorcycles. They should have to bounce around on pogo sticks, or better: Hippity Hops. And no hot guy should be allowed to have an English accent and drive a motorcycle. Not to mention wear the leather jacket or sport the cool shades. Hot guys should be forced into footie pajamas.”
― Jandy Nelson, I'll Give You the Sun
10 likes

Most Exciting Upcoming YA Books

Read These In School - Would Have Preferred A Root Canal