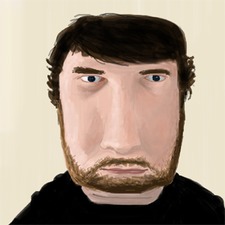 This will prevent Josh from sending you messages, friend request or from viewing your profile. They will not be notified. Comments on discussion boards from them will be hidden by default.
Sign in to Goodreads to learn more about Josh.

The Diamond Age by Neal Stephenson
6 highlights
To the Equity Lords, the idea had been worth billions; to Hackworth, another week’s paycheck. That was the difference between the classes, right there.
See Josh’s 53 books with notes and highlights…

“Pete realized that to Pearl, Satan had staged the world in this and every ancient particular. Pete imagined what it would feel like to believe such a thing, to see the very Devil ranging about the Earth like an art director, crafting fictions in the schists and coal seams and limestone. All to cast doubt on the Bible’s timeline. All for the harvest of lost souls. Maybe it would be worth it for the Devil. You could almost picture it. Almost. You could almost believe a book more real than the real, more actual and relevant than terra firma and all the dull laws that govern it. “You know, Jeremiah,” Pete said, “if I believed the things you did, I’d act at least as batshit as you do.”
― Smith Henderson, Fourth of July Creek
0 likes

Polls voted on by Josh