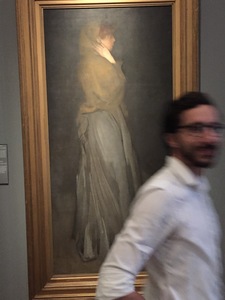 Andrew Wright is currently reading
Even Cowgirls Get the Blues
by Tom Robbins
bookshelves: owned, currently-reading

“And it is because they contain thus within themselves the hours of the past that human bodies have the power to hurt so terribly those who love them, because they contain the memories of so many joys and desires already effaced for them, but still cruel for the lover who contemplates and prolongs in the dimension of Time the beloved body of which he is jealous, so jealous that he may even wish for its destruction. For after death Time withdraws from the body, and the memories, so indifferent, grown so pale, are effaced in her who no longer exists, as they soon will be in the lover whom for a while they continue to torment but in whom before long they will perish, once the desire that owed their inspiration to a living body is no longer there to sustain them. Profound Albertine, whom I at once saw sleeping, and who was dead.”
― Marcel Proust, Time Regained
25 likes

“If he had smiled why would he have smiled? To reflect that each one who enters imagines himself to be the first to enter whereas he is always the last term of a preceding series even if the first term of a succeeding one, each imagining himself to be first, last, only and alone whereas he is neither first nor last nor only nor alone in a series originating in and repeated to infinity.”
― James Joyce, Ulysses
42 likes