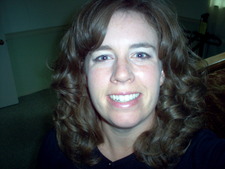 This will prevent Mandi from sending you messages, friend request or from viewing your profile. They will not be notified. Comments on discussion boards from them will be hidden by default.
Sign in to Goodreads to learn more about Mandi.

“We are not necessarily doubting that God will do the best for us; we are wondering how painful the best will turn out to be.”
― C.S. Lewis
tags: god
5124 likes

“Be kind, for everyone you meet is fighting a harder battle.”
― Plato
tags: attributed-no-source, compassion, kindness
9876 likes

“In the beginning of a change the patriot is a scarce man, and brave, and hated and scorned. When his cause succeeds, the timid join him, for then it costs nothing to be a patriot.”
― Mark Twain
tags: politics
545 likes

Polls voted on by Mandi