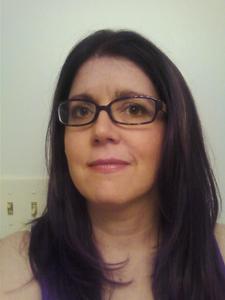 This will prevent Caroline from sending you messages, friend request or from viewing your profile. They will not be notified. Comments on discussion boards from them will be hidden by default.
Sign in to Goodreads to learn more about Caroline .

Caroline is currently reading
The Drawing of the Three (The Dark Tower, #2)
by Stephen King (Goodreads Author)
bookshelves: currently-reading

See all 15 books that Caroline is reading…

“It doesn't matter. I have books, new books, and I can bear anything as long as there are books.”
― Jo Walton, Among Others
tags: books
2802 likes

“This was not the old Chichikov. This was some wreckage of the old Chichikov. The inner state of his soul might be compared to a demolished building, which has been demolished so that from it a new one could be built; but the new one has not been started yet, because the infinitive plan has not yet come from the architect and the workers are left in perplexity.”
― Nikolai Gogol, Dead Souls
20 likes

“He opened his mouth to say that she looked extremely beautiful and deserved armfuls of roses, but the words were lost in committee somewhere, shuffled aside by the parts of his head that worked full-time at avoiding ridicule.”
― Helen Simonson, Major Pettigrew's Last Stand
tags: relationships
25 likes

“A lie was something you told because you were mean or a coward.

A story was something you made up out of something that might have happened. Only you didn't tell it like it was, you told it like you thought it should have been.”
― Betty Smith, A Tree Grows in Brooklyn

“From the time I arrived in British East Africa at the indifferent age of four and went through the barefoot stage of early youth hunting wild pig with the Nandi, later training racehorses for a living, and still later scouting Tanganyika and the waterless bush country between the Tana and Athi Rivers, by aeroplane, for elephant, I remained so happily provincial I was unable to discuss the boredom of being alive with any intelligence until I had gone to London and lived there for a year. Boredom, like hookworm, is endemic.”
― Beryl Markham, West with the Night
tags: adventure, boredom, england, ennui, london, urban-life, urbanism
3 likes

Polls voted on by Caroline