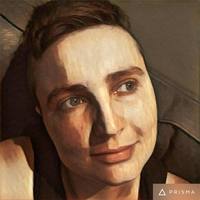 Tom Shippey vs Fantasy: A Response

Every so often, the opening line of a book review smacks you so forcibly around the temples with its galaxy-brained perception of SFF that you have to take several moments to recuperate. Such was the case when, after seeing the headline of Tom Shippey’s review of Sarah Kozloff’s Nine Realms series for the Wall Street Journal floating about on Twitter, I decided to investigate. Says Shippey:

“Something that’s bothered me for a while now is the current profligacy in YA culture of Team Boy 1 vs Team Boy 2 fangirling. [...] Despite the fact that I have no objection to shipping, this particular species of team-choosing troubled me, though I had difficulty understanding why. Then I saw it applied to Suzanne Collins’s The Hunger Games trilogy – Team Peeta vs Team Gale – and all of a sudden it hit me that anyone who thought romance and love-triangles were the main event in that series had utterly missed the point. Sure, those elements are present in the story, but they aren’t anywhere near being the bones of it, because The Hunger Games, more than anything else, is about war, survival, politics, propaganda and power. Seeing such a strong, raw narrative reduced to a single vapid argument – which boy is cuter? – made me physically angry.

So, look. People read different books for different reasons. The thing I love about a story are not necessarily the things you love, and vice versa. But riddle me this: are the readers of these series really so excited, so thrilled by the prospect of choosing! between! two! different! boys! that they have to boil entire narratives down to a binary equation based on male physical perfection and, if we’re very lucky, chivalrous behaviour? While feminism most certainly champions the right of women to chose their own partners, it also supports them to choose things besides men, or to postpone the question of partnership in favour of other pursuits – knowledge, for instance. Adventure. Careers. Wild dancing. Fun. Friendship. Travel. Glorious mayhem. And while, as a woman now happily entering her fourth year of marriage, I’d be the last person on Earth to suggest that male companionship is inimical to any of those things, what’s starting to bother me is the comparative dearth of YA stories which aren’t, in some way, shape or form, focussed on Girls Getting Boyfriends, and particularly Hot Immortal Or Magical Boyfriends Whom They Will Love For All Eternity.

“Never having experienced inequality, therefore, the majority of straight white men will be absolutely oblivious to their own advantages – not because they must necessarily be insensitive, sexist, racist, homophobic or unaware of the principles of equality; but because they have been told, over and over again, that there is no inequality left for them – or anyone else – to experience – and everything they have experienced up to that point will only have proved them right.

Let the impact of that sink in for a moment.

By teaching children and teenagers that equality already exists, we are actively blinding the group that most benefits from inequality – straight white men – to the prospect that it doesn’t. Privilege to them feels indistinguishable from equality, because they’ve been raised to believe that this is how the world behaves for everyone. And because the majority of our popular culture is straight-white-male-dominated, stories that should be windows into empathy for other, less privileged experiences have instead become mirrors, reflecting back at them the one thing they already know: that their lives both are important and free from discrimination.

And this hurts men. It hurts them by making them unconsciously perpetrate biases they’ve been actively taught to despise. It hurts them by making them complicit in the distress of others. It hurts them by shoehorning them into a restrictive definition masculinity from which any and all deviation is harshly punished. It hurts them by saying they will always be inferior parents and caregivers, that they must always be active and aggressive even when they long for passivity and quietude, that they must enjoy certain things like sports and beer and cars or else be deemed morally suspect. It hurts them through a process of indoctrination so subtle and pervasive that they never even knew it was happening , and when you’ve been raised to hate inequality, discovering that you’ve actually been its primary beneficiary is horrifying – like learning that the family fortune comes from blood money.

“How can so many (white, male) writers narratively justify restricting the agency of their female characters on the grounds of sexism = authenticity while simultaneously writing male characters with conveniently modern values?

The habit of authors writing Sexism Without Sexists in genre novels is seemingly pathological. Women are stuffed in the fridge under cover of "authenticity" by secondary characters and villains because too many authors flinch from the "authenticity" of sexist male protagonists. Which means the yardstick for "authenticity" in such novels almost always ends up being "how much do the women suffer", instead of - as might also be the case - "how sexist are the heroes".

And this bugs me; because if authors can stretch their imaginations far enough to envisage the presence of modern-minded men in the fake Middle Ages, then why can't they stretch them that little bit further to put in modern-minded women, or modern-minded social values? It strikes me as being extremely convenient that the one universally permitted exception to this species of "authenticity" is one that makes the male heroes look noble while still mandating that the women be downtrodden and in need of rescuing.

February Fantasy -- The following poll decides which two books will go into the run off poll for the Fantasy BOTM for February 2017.

“You want to tell a story? Grow a heart. Grow two. Now, with the second heart, smash the first one into bits.”
― Charles Yu, How to Live Safely in a Science Fictional Universe
tags: heart, life, storytelling, truth, writing
41 likes
Like

“Welcome to Barrayar, son. Here you go: have a world of wealth and poverty, wrenching change and rooted history. Have a birth; have two. Have a name. Miles means "soldier," but don't let the power of suggestion overwhelm you. Have a twisted form in a society that loathes and fears the mutations that have been its deepest agony. Have a title, wealth, power, and all the hatred and envy they will draw. Have your body ripped apart and re-arranged. Inherit an array of friends and enemies you never made. Have a grandfather from hell. Endure pain, find joy, and make your own meaning, because the universe certainly isn't going to supply it. Always be a moving target. Live. Live. Live.”
― Lois McMaster Bujold, Barrayar
tags: barrayar, cordelia, vorkosigan
49 likes
Like

“We all live inside the terrible engine of authority, and it grinds and shrieks and burns so that no one will say: lines on maps are silly.”
― Catherynne M. Valente, The Girl Who Circumnavigated Fairyland in a Ship of Her Own Making
tags: absurdity, authority, life, rules, society
136 likes
Like

“We can never be gods, after all--but we can become something less than human with frightening ease.”
― N.K. Jemisin, The Hundred Thousand Kingdoms
tags: cruelty, gods, hubris, humanity
284 likes
Like

“Humans need fantasy to be human. To be the place where the falling angel meets the rising ape.”
― Terry Pratchett, Hogfather
tags: fantasy
489 likes
Like

Aussie Readers — 5932 members — last activity 1 hour, 32 min ago
A group for all Australian Goodreads members (and those interested in Australia), no matter what they read!

Holly Black
author of
The Cruel...

Congratulations on your Hugo !!!

Kara wrote: "Thank you, Foz. It means a lot to me that you would send me a friend request. :D"

Nafiza wrote: "Thanks for the friend request! I hope to get my hands on your books soon!"

Thanks for the friend request! I hope to get my hands on your books soon!

Kenya wrote: "Dude! I thought we were already friends! lol!"

Dude! I thought we were already friends! lol!

Hi Foz! Thanks for the add acceptance :) I look forward to talking books with you often! -Tatiyana

Bellalee wrote: "hey foz! you probably don't remember but i met you at your sydney book launch and i sat with your mum (i think it was your mum) and her lovely friends and they fed me wine.
just popped by to say h..."

Lol, feeding people wine is what book launches are all about - and thanks! I hope you enjoy it :)

hey foz! you probably don't remember but i met you at your sydney book launch and i sat with your mum (i think it was your mum) and her lovely friends and they fed me wine.
just popped by to say hi!
can't wait for the next book! :)

Lol, don't worry about it! I know Ourimbah - I used to go horseriding there on the weekends :)

Foz wrote: "Small world indeed! I used to go to school in Gosford, at Henry Kendall High. I lived in a place called Tascott, which was just down the train line. What about you?"

OMG I didnt reply to you - im such a bitch...LOL. Henry Kendal! OMG I know heaps of ppl from there. Your name sounds crazy familiar. I was from Ourimbah. Not many know the suburb.

Small world indeed! I used to go to school in Gosford, at Henry Kendall High. I lived in a place called Tascott, which was just down the train line. What about you?

Thanks for the add! I love in queensland now but grew up on the central coast new south wales also!! Small world hey?? I lived in and around gosford. Do you know there??

Laurenb wrote: "thanks for the add :) you have great taste in books!"

thanks for the add :) you have great taste in books!

Radio wrote: "Hey!
Thank you for the friend request =D"

Hey!
Thank you for the friend request =D

Woo! Thanks Steph - hope you can make it, but if not, I'm sure we'll meet up sooner or later.

Midway through Solace & Grief and loving it!
Hopefully I'll be able to make it to the launch on Saturday.

Thanks Michael! There isn't a US distributor, but thankfully for me, the internet is the great leveller - I'm not sure about Amazon, but you should be able to buy it online through Borders and a number of other sites that source Australian books :)

Will your book be available in the US? Congratulations on being published!