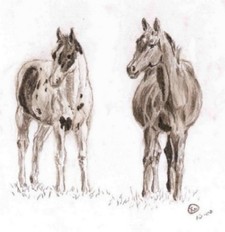 This will prevent Niffer from sending you messages, friend request or from viewing your profile. They will not be notified. Comments on discussion boards from them will be hidden by default.
Sign in to Goodreads to learn more about Niffer.

Niffer is currently reading
Of Giants and Ice (The Ever Afters #1)
by Shelby Bach (Goodreads Author)
bookshelves: currently-reading

See all 24 books that Niffer is reading…

“I called Miss Daphne, but she says she doesn't want 'er tea. She's got 'er nose stuck in a book. Useless, I think it's called, by some woman named Joyce.”
― Alan Bradley, The Golden Tresses of the Dead
tags: humor, literary
2 likes

“How hard is it to portray a three-dimensional woman of color on television or in film? I’m surrounded by them. They’re my friends. I talk to them every day. How come Hollywood won’t acknowledge us? Are we a joke to them? Now, having been in the industry for a couple of years, I’m not entirely sure it’s blatant racism, as I had once assumed. It’s more complicated than that. As Ralph Ellison once posited, we’re invisible to them. We’re simply not on their radar. As long as the people who are in charge aren’t us, things will never change. Girls”
― Issa Rae, The Misadventures of Awkward Black Girl
6 likes

“Then as the decade made way for the new millennium, cable exploded with its own original content and film studios began to obsess over international box office sales. Somewhere along the line, we became unrelatable and invisible to the Hollywood system. Our images and diverse portrayals just weren’t worth the dollars and effort anymore. The images I had grown up with and grown so accustomed to seeing slowly disappeared, and it seemed to happen all at once.”
― Issa Rae, The Misadventures of Awkward Black Girl
1 likes

“Girls, New Girl, 2 Broke Girls. What do they all have in common? The universal gender classification, “girl,” is white. In all three of these successful series, a default girl (or two) is implied and she is white. That is the norm and that is what is acceptable. Anything else is niche.”
― Issa Rae, The Misadventures of Awkward Black Girl
20 likes

“Boxes are never empty because they're always filled with adventure.”
― Georgia Dunn, Breaking Cat News: Cats Reporting on the News that Matters to Cats
10 likes

Creative Breakroom — 11 members — last activity 2 hours, 48 min ago
From the Etsy forums to UEF to Creative Breakroom, we have continued the bonds of friendship that began in the basement...

Favorite Novels About Professors or Academics

"Greyt Literature" - Greyhounds (and Other Sighthounds) In Books

Polls voted on by Niffer