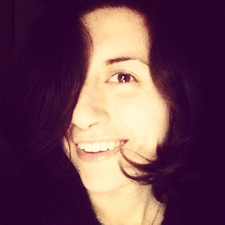 This will prevent Allison from sending you messages, friend request or from viewing your profile. They will not be notified. Comments on discussion boards from them will be hidden by default.
Sign in to Goodreads to learn more about Allison.

Allison is currently reading
Don't Read Poetry: A Book About How to Read Poems
by Stephanie Burt
bookshelves: currently-reading

Allison is currently reading
The New Drawing on the Right Side of the Brain
by Betty Edwards
bookshelves: currently-reading, non-fic

“The danger is not that the soul should doubt whether there is any bread, but that, by a lie, it should persuade itself that it is not hungry.”
― Simone Weil
tags: life, spirituality
19 likes

“It’s rigged — everything, in your favor.
So there is nothing to worry about.

Is there some position you want,
some office, some acclaim, some award, some con, some lover,
maybe two, maybe three, maybe four — all at once,

maybe a relationship
with
God?

I know there is a gold mine in you, when you find it
the wonderment of the earth’s gifts
you will lay aside
as naturally as does
a child a
doll.

But, dear, how sweet you look to me kissing the unreal:
comfort, fulfill yourself,
in any way possible — do that until
you ache, until you ache,

then come to me
again.”
― Rumi

“Eventually soulmates meet, for they have the same hiding place.”
― Robert Brault
296 likes

“Because what else are we going to do? Say no? Say no to an opportunity that may be slightly out of our comfort zone? Quiet our voice because we are worried it is not perfect? I believe great people do things before they are ready.”
― Amy Poehler, Yes Please
265 likes

Aimee Bender
author of: The Particular Sadness of Lemon Cake

Agatha Christie
author of: And Then There Were None
More…

Polls voted on by Allison