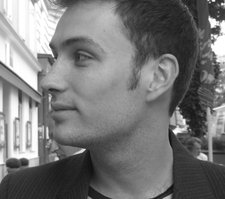 This will prevent Carl-Erik from sending you messages, friend request or from viewing your profile. They will not be notified. Comments on discussion boards from them will be hidden by default.
Sign in to Goodreads to learn more about Carl-Erik.

The Mythical Man-Month: Essays on Software Engineering by Frederick P. Brooks Jr.
2 highlights
Harlan Mills proposed that any software system should be grown by incremental development.[11] That is, the system should first be made to run, even though it does nothing useful except call the proper set of dummy subprograms.
See Carl-Erik Kopseng’s 12 books with notes and highlights…

Or better yet, date a girl who writes.”
― Rosemarie Urquico

“when you don't create things, you become defined by your tastes rather than ability. your tastes only narrow & exclude people. so create.”
― Why The Lucky Stiff
tags: inspirational, programming
164 likes

Polls voted on by Carl-Erik