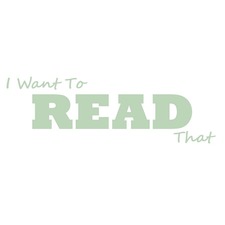 Sammee (I Want to Read That)

Block Sammee (I Want to Read That)?

This will prevent Sammee from sending you messages, friend request or from viewing your profile. They will not be notified. Comments on discussion boards from them will be hidden by default.
Sign in to Goodreads to learn more about Sammee.

Sammee (I Want to Read That) is currently reading
It Ends with Us
by Colleen Hoover (Goodreads Author)
bookshelves: currently-reading

Sammee (I Want to Read That) is currently reading
The Land of Roar
by Jenny McLachlan (Goodreads Author)
bookshelves: currently-reading

“Peter pushed off from the roof and stalked a few feet away, his back to her. “Please tell me this is all some kind of a sick joke.”
“It’s the truth. All of it. That’s why hunters are after me.”
“How did they find out?” Peter asked, swiveling toward her now.
“I think Beck ratted me out. I went to his house this morning and told him what had happened. He was furious, Peter. I’ve never seen anyone that angry.”
“Duh! Now there’s a surprise,” her friend replied sarcastically. “I saw the way he looked at you at your dad’s funeral. Of course he’d be mad. You’re about the only one on the planet who doesn’t realize how he feels about you.”
“He never said anything,” she retorted.
“Hey, we guys don’t blurt out that kind of stuff,” he replied. “It’s against the man code. Beck may never have said how he felt, but everything he did for you should have been a big clue. I mean, come on, how slow are you?”
She glowered at her friend. “I figured he was doing it because of my father.”
“Maybe, but the guy is really into you, Riley.”
“No way. If he’d liked me, he wouldn’t have blown me off and—”
“Ancient history, girl!” he countered. “You were, what, fifteen? Your dad would have torn him apart if he’d touched you. Beck had no other choice.”
“He didn’t have to be so mean.”
“God, will you listen to yourself?” Peter retorted.
“You have no idea how much he hurt me,” she shot back.
“Give it up, will you? You’re my best friend, but you can be a real self-centered asshat sometimes.”
― Jana Oliver, Forgiven

READING
CHALLENGE
Sammee (I Want to Read That) has read 0 of 100 books.
0%
View Books
View more

Christina (Confessions of a Book Addict)

Polls voted on by Sammee