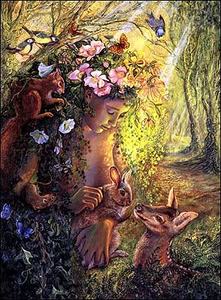 This will prevent Isis from sending you messages, friend request or from viewing your profile. They will not be notified. Comments on discussion boards from them will be hidden by default.
Sign in to Goodreads to learn more about Isis.

See all 5 books that Isis is reading…

“A reader lives a thousand lives before he dies, said Jojen. The man who never reads lives only one.”
― George R.R. Martin, A Dance with Dragons
tags: read, readers, reading, reading-books
34638 likes

“If slaughterhouses had glass walls, everyone would be a vegetarian.”
― Paul McCartney
tags: beatles, vegetarianism
714 likes

Danielle The Book Huntress *Pluto is a Planet!*

100 Books to Read in a Lifetime: Readers' Picks

Polls voted on by Isis