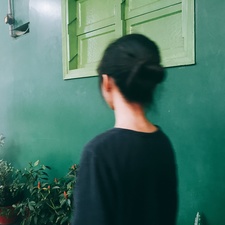 This will prevent bẹc from sending you messages, friend request or from viewing your profile. They will not be notified. Comments on discussion boards from them will be hidden by default.
Sign in to Goodreads to learn more about bẹc.

“Listen up, pal, the moon is way up in the sky. Aren’t you scared? The helplessness that comes from nature. That moonlight, think about it, that moonlight, paler than a corpse’s face, so silent and far away, that moonlight witnessed the cries of the first monsters to walk the earth, surveyed the peaceful waters after the deluges and the floods, illuminated centuries of nights and went out at dawns throughout centuries . . . Think about it, my friend, that moonlight will be the same tranquil ghost when the last traces of your great-grandsons’ grandsons no longer exist. Prostrate yourself before it. You’ve shown up for an instant and it is forever. Don’t you suffer, pal? I . . . I myself can’t stand it. It hits me right here, in the center of my heart, having to die one day and, thousands of centuries later, undistinguished in humus, eyeless for all eternity, I, I!, for all eternity . . . and the indifferent, triumphant moon, its pale hands outstretched over new men, new things, different beings. And I Dead! Think about it, my friend. It’s shining over the cemetery right now. The cemetery, where all lie sleeping who once were and never more shall be. There, where the slightest whisper makes the living shudder in terror and where the tranquility of the stars muffles our cries and brings terror to our eyes. There, where there are neither tears nor thoughts to express the profound misery of coming to an end.”
― Clarice Lispector, The Complete Stories
8 likes

“Even before his death he had been absent, and long ago the people closest to him had learned to accept this absence, to treat it as the fundamental quality of his being. Now that he was gone, it would not be difficult for the world to absorb the fact that he was gone forever. The nature of his life had prepared the world for his death—had been a kind of death by anticipation—and if and when he was remembered, it would be dimly, no more than dimly.”
― Paul Auster, The Invention of Solitude
2 likes

“I asked for very little from life, and even this little was denied me. A nearby field, a ray of sunlight, a little bit of calm along with a bit of bread, not to feel oppressed by the knowledge that I exist, not to demand anything from others, and not to have others demand anything from me - this was denied me, like the spare change we might deny a beggar not because we're mean-hearted but because we don't feel like unbuttoning our coat.”
― Fernando Pessoa, The Book of Disquiet
197 likes

Fernando Pessoa
author of: The Book of Disquiet

Jun'ichirō Tanizaki
author of: In Praise of Shadows
More…

Polls voted on by bẹc