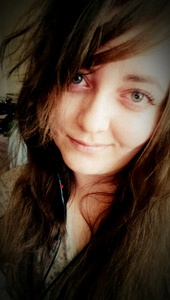 Laura is currently reading
The Art of War
by Sun Tzu
bookshelves: currently-reading

Laura is currently reading
12 Rules for Life: An Antidote to Chaos
by Jordan B. Peterson
bookshelves: currently-reading

See all 18 books that Laura is reading…

Her: A Novel (Episode 1/3) by Shelby Lamb
1 highlight
adored the rain. It feels refreshing on my face

“Her experience had been of a kind to teach her, rightly or wrongly, that the doubtful honor of a brief transit through a sorry world hardly called for effusiveness, even when the path was suddenly irradiated at some half-way point by daybeams rich as hers. But her strong sense that neither she nor any human being deserved less than was given, did not blind her to the fact that there were others receiving less who had deserved much more. And in being forced to class herself among the fortunate she did not cease to wonder at the persistence of the unforeseen, when the one to whom such unbroken tranquility had been accorded in the adult stage was she whose youth had seemed to teach that happiness was but the occasional episode in a general drama of pain.”
― Thomas Hardy, The Mayor of Casterbridge
tags: life, living, pain, suffering
23 likes

“Life is an oasis which is submerged in the swirling waves of sorrows and agonies.”
― Thomas Hardy, The Mayor of Casterbridge
10 likes

“You cannot read Dickens without putting in a little more effort. You cannot eat a ripe pawpaw without its innards and juice spilling down your chin. Likewise, the language of Dickens makes your mouth do strange things, and when you're not used to his words your jaw will creak.”
― Lloyd Jones, Mister Pip
7 likes

“Dreams are private, she said. And she is right. A dream is a story that no one else will get to hear or read.”
― Lloyd Jones, Mister Pip
11 likes

“I was one of those heart seeds us kids had heard about in class. I was at some earlier stage of a journey that would deliver me to another place, to another life, into another way of being. I just didn't know where or when.”
― Lloyd Jones, Mister Pip
4 likes

Book Traveling Thursdays — 219 members — last activity Jan 05, 2018 03:28AM
Welcome to the group of bloggers who participate in Book Travel Thursdays. Check out all of the discussions under Must Reads for Participants.

Yvonne (It's All About Books)

Jasmine from How Useful It Is

Bella Forrest
author of: A Shade of Vampire

Books You Must Read!