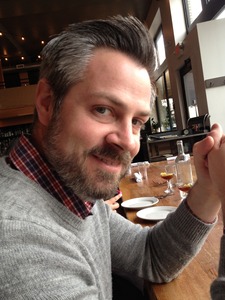 This will prevent Patrick from sending you messages, friend request or from viewing your profile. They will not be notified. Comments on discussion boards from them will be hidden by default.
Sign in to Goodreads to learn more about Patrick.

Savages (Savages, #2) by Don Winslow
3 notes & 5 highlights
The wine world is basically divided into red and white. (We ain’t gonna go far with this—wine types are almost as hateful as tweekers. Every great wine-tasting session should end with arsenic.)
LOL ok.
Otis Chandler liked this
See Patrick Brown’s 17 books with notes and highlights…

“The pages are still blank, but there is a miraculous feeling of the words being there, written in invisible ink and clamoring to become visible”
― Vladimir Nabokov
tags: ink, invisible, pages, writing
724 likes

“As is perhaps obvious, Morris Zapp had no great esteem for his fellow-labourers in the vineyards of literature. They seemed to him vague, fickle, irresponsible creatures, who wallowed in relativism like hippopotami in mud, with their nostrils barely protruding into the air of common-sense. They happily tolerated the existence of opinions contrary to their own — they even, for God’s sake, sometimes changed their minds. Their pathetic attempts at profundity were qualified out of existence and largely interrogative in mode. They liked to begin a paper with some formula like, ‘I want to raise some questions about so-and-so’, and seemed to think they had done their intellectual duty by merely raising them. This manoeuvre drove Morris Zapp insane. Any damn fool, he maintained, could think of questions; it was answers that separated the men from the boys.”
― David Lodge
tags: academia, funny
11 likes

“To read without joy is stupid.”
― John Williams
176 likes

“Everybody does have a book in them, but in most cases that's where it should stay.”
― Christopher Hitchens
tags: books, christopher-hitchens, humour, literature, writing
1146 likes

THE Group for Authors! — 11857 members — last activity 2 hours, 14 min ago
This is a group for authors to discuss their craft, as well as publishing and book marketing.

Julie Klam
author of: You Had Me at Woof: How Dogs Taught Me the Secrets of Happiness

Robert A. Caro
author of: Means of Ascent

Eric Ripert
author of: 32 Yolks: From My Mother's Table to Working the Line
More…

Polls voted on by Patrick