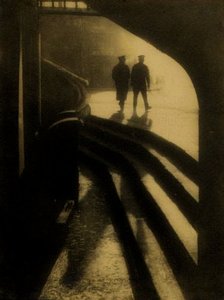 This will prevent Bieiris from sending you messages, friend request or from viewing your profile. They will not be notified. Comments on discussion boards from them will be hidden by default.
Sign in to Goodreads to learn more about Bieiris.

See all 34 books that Bieiris is reading…

“a hardened and shameless tea-drinker, who has, for twenty years, diluted his meals with only the infusion of this fascinating plant; whose kettle has scarcely time to cool; who with tea amuses the evening, with tea solaces the midnight, and, with tea, welcomes the morning.”
― Samuel Johnson
tags: autobiography, kettle, tea, teaism
41 likes

“Soon, if we are not prudent, millions of people will be watching each other starve to death through expensive television sets”
― Aneurin Bevan, In Place of Fear
tags: capitalism, consumerism, labour-party-uk, socialism
16 likes

“Since this often seems to come up in discussions of the radical style, I'll mention one other gleaning from my voyages. Beware of Identity politics. I'll rephrase that: have nothing to do with identity politics. I remember very well the first time I heard the saying "The Personal Is Political." It began as a sort of reaction to defeats and downturns that followed 1968: a consolation prize, as you might say, for people who had missed that year. I knew in my bones that a truly Bad Idea had entered the discourse. Nor was I wrong. People began to stand up at meetings and orate about how they 'felt', not about what or how they thought, and about who they were rather than what (if anything) they had done or stood for. It became the replication in even less interesting form of the narcissism of the small difference, because each identity group begat its sub-groups and "specificities." This tendency has often been satirised—the overweight caucus of the Cherokee transgender disabled lesbian faction demands a hearing on its needs—but never satirised enough. You have to have seen it really happen. From a way of being radical it very swiftly became a way of being reactionary; the Clarence Thomas hearings demonstrated this to all but the most dense and boring and selfish, but then, it was the dense and boring and selfish who had always seen identity politics as their big chance.
Anyway, what you swiftly realise if you peek over the wall of your own immediate neighbourhood or environment, and travel beyond it, is, first, that we have a huge surplus of people who wouldn't change anything about the way they were born, or the group they were born into, but second that "humanity" (and the idea of change) is best represented by those who have the wit not to think, or should I say feel, in this way.”
― Christopher Hitchens, Letters to a Young Contrarian
tags: human-condition, humanity, identity-politics, politics, regressives, travel, wise
18 likes

Amos Oz
author of: A Tale of Love and Darkness

Vladimir Mayakovsky
author of: The Bedbug and Selected Poetry

Polls voted on by Bieiris