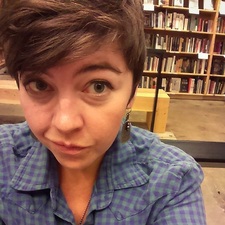 This will prevent svnh from sending you messages, friend request or from viewing your profile. They will not be notified. Comments on discussion boards from them will be hidden by default.
Sign in to Goodreads to learn more about svnh.

svnh is currently reading
The Street of Crocodiles and Other Stories
by Bruno Schulz
bookshelves: currently-reading, 2013

See all 4 books that svnh is reading…

“Why couldn't she have slid it under the door? he wondered. Why couldn't she have folded it? It looked just like any other note she would leave him, like, Could you try to fix the broken knocker? or I'll be back soon, don't worry. It was so strange to him that such a different kind of note - I had to do it for myself - could look exactly the same: trivial, mundane, nothing. He could have hated her for leaving it there in plain sight, and he could have hated her for the plainness of it, a message without adornment, without any small clue to indicate that yes, this is important, yes, this is the most painful note I've ever written, yes, I would sooner die than have to write this again. Where were the dried teardrops? Where was the tremor in the script?”
― Jonathan Safran Foer, Everything Is Illuminated
6 likes

“I love you more than my own skin and even though you don’t love me the same way, you love me anyways, don’t you? And if you don’t, I’ll always have the hope that you do, and i’m satisfied with that. Love me a little. I adore you.”
― Frida Kahlo
624 likes

“It might sound naive to suggest that whether you order a chicken patty or a veggie burger is a profoundly important decision. Then again, it certainly would have sounded fantastic if in the 1950's you were told that where you sat in a restaurant or on a bus could begin to uproot racism.”
― Jonathan Safran Foer, Eating Animals
18 likes

“It was inevitable: Yankel fell in love with his never-wife. He would wake from sleep to miss the weight that never depressed the bed next to him, remember in earnest the weight of gestures she never made, long for the un-weight of her un-arm slung over his too-real chest, making his widower's rememberences that much more convincing and his pain that much more real.”
― Jonathan Safran Foer, Everything Is Illuminated
9 likes

“What you burnt, broke, and tore is still in my hands. I am the keeper of fragile things and I have kept of you what is indissoluble.”
― Anaïs Nin, House of Incest
tags: fragile
141 likes

Polls voted on by svnh