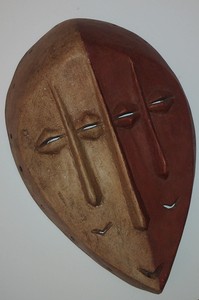 This will prevent Philip from sending you messages, friend request or from viewing your profile. They will not be notified. Comments on discussion boards from them will be hidden by default.
Sign in to Goodreads to learn more about Philip.

See all 5 books that Philip is reading…

“I like to think that when I fall,
A rain-drop in Death's shoreless sea,
This shelf of books along the wall,
Beside my bed, will mourn for me.”
― Robert William Service, Ballads of a Bohemian
tags: bookshelf
36 likes

“Fear had an anatomy. A curious thought. It had genitals, a bladder and bowls. That was where you felt fear. Not in your head. It was between your legs. It affected your excretion. It emptied you. It turned your bowls to water. It is disgusting.”
― Stuart Cloete, How Young They Died
tags: fear, life, war
2 likes

“Liberated in Germany by the Americans, seven-year-old Valya Brekeleva and her family of slave labourers went home to Novgorod as non-persons. “Most of the people from our village who went to Latvia survived. But most of those who were sent to Germany had died. For those of us who remained, the suspicion was always there.” Most of her family were killed by one side or the other in the course of the war. Her mother died in 1947, worn out by the struggle to keep her daughters alive. She was thirty-six. Her father completed his sentence for “political crimes” and came home from the Urals in 1951, an old man. Even after Valya had completed university and applied for work at a Kazan shipbuilders in the 1960s, when the manager saw that her papers showed her to be an ex-Nazi prisoner he said grimly: “Before we consider anything else, we have got to establish whether you have done damage to the state.”
― Max Hastings, Armageddon: The Battle for Germany, 1944-1945
2 likes

G.G. Alcock
author of: Kasinomics: African Informal Economies and the People Who Inhabit Them

Rian Malan
author of: My Traitor's Heart: A South African Exile Returns to Face His Country, His Tr...

Peter Godwin
author of: When a Crocodile Eats the Sun: A Memoir of Africa

Michela Wrong
author of: In the Footsteps of Mr. Kurtz: Living on the Brink of Disaster in Mobutu's Congo

Best Books of the 19th Century

Polls voted on by Philip