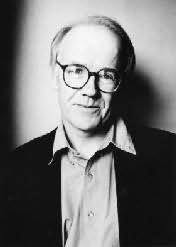 edit data
Tim Jeal is the author of acclaimed biographies of Livingstone and Baden-Powell. His memoir, Swimming with My Father, was published by Faber in 2004 and was shortlisted for the PEN Ackerley Prize for Autobiography. He is also a novelist and a former winner of the John Llewellyn Rhys Prize.

“He [Stanley] had stated that he longed to do something wonderful for the African tribes along the Congo, and instead, as would become all too apparent, had set them up for a terrible fate. In 1877 he came down the great river as the first European ever to do so, declaring his hope that the Congo should become like `a torch to those who sought to do good'." Instead, it became the torch that attracted the archexploiter King Leopold II of Belgium.”
― Tim Jeal, Stanley: The Impossible Life of Africa's Greatest Explorer
tags: africa, colonisation, congo, exploration, henry-morton-stanley
0 likes
Like

“I do not want to miss the opportunity of our obtaining a share in this magnificent African cake.”
― Tim Jeal, Stanley: Africa's Greatest Explorer
0 likes
Like

“Stanley must have realized that this postponement would probably be fatal. But while he did not give up, he never for a moment thought of abandoning his African quest [...] Yet Stanley still longed for the security of marriage, and hoped he could find Livingstone and marry Katie. [...] The romantic side of his nature told him that their story ought to end in marriage: the workhouse boy, having distinguished himself beyond all expectations, weds the daughter of the respectable local gentleman, and they live happily ever afterwards in a big house
[...] But Katie had never understood his inner conviction of being chosen for a great task.”
― Tim Jeal, Stanley: The Impossible Life of Africa's Greatest Explorer
tags: africa, congo, exploration, henry-morton-stanley, history
0 likes
Like

Which book on Africa would you like to read in Nov-Dec 2019?


Dancing in the Glory of Monsters: The Collapse of the Congo and the Great War of Africa by Jason Stearns
2 votes, 28.6%
Burkina Faso: A History of Power, Protest and Revolution by Ernest Harsch
2 votes, 28.6%
Explorers of the Nile: The Triumph and Tragedy of a Great Victorian Adventure by Tim Jeal
2 votes, 28.6%
Why Africa is Poor: And What Africans Can Do About It by Greg Mills
1 vote, 14.3%
African Economies and the Politics of Permanent Crisis, 1979-1999 by Nicolas Van de Walle
0 votes, 0.0%
First Raise A Flag: How South Sudan Won the Longest War but Lost the Peace by Peter Martell
0 votes, 0.0%
I Didn't Do It for You by Michela Wrong
0 votes, 0.0%
It's Our Turn to Eat by Michela Wrong
0 votes, 0.0%
7 total votes
comments and details
Sign in to vote »
More...

Is this you? Let us know. If not, help out and invite Tim to Goodreads.