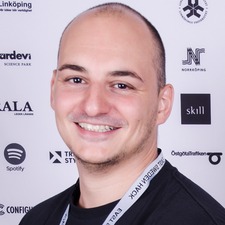 This will prevent Jaime from sending you messages, friend request or from viewing your profile. They will not be notified. Comments on discussion boards from them will be hidden by default.
Sign in to Goodreads to learn more about Jaime.

Jaime is currently reading
How to Be an Antiracist
by Ibram X. Kendi (Goodreads Author)
bookshelves: currently-reading

“We can’t afford to build places where people just park their bodies at night,” Burden said. “We can’t afford to spend a single transportation dollar that doesn’t increase land value rather than decrease it.” We should go back to building towns the way our great-grandparents did, he suggested. Most people today want to live in a community where they don’t have to drive long distances. They want to live near enough to the stores and jobs so they can walk, take a bus, or ride a bike wherever they need to go. If Muscatine wanted to stay competitive, retain existing businesses, attract new ones, and have money in the treasury for parks and other amenities, then the best thing residents could do would be to focus on making their town walkable and livable, Burden said. That meant adding sidewalks, improving crosswalks, replacing intersections with roundabouts in some places, and converting one-way streets to run in both directions. “One-way streets help move people faster,” Burden said. “But is that your goal? To empty out downtown?” You should be doing just the opposite, he argued. You want people to linger downtown and enjoy themselves. “Then, before you know it, your children won’t be moving off to other cities. Everything they want will be right here in your own community.”
― Dan Buettner, The Blue Zones Solution: Eating and Living Like the World's Healthiest People
0 likes

“The image of Jupiter, with its ribbons of white cloud, its mottled bands of salmon pink, and the Great Red Spot staring out like a baleful eye, hung steady on the flight-deck projection screen.”
― Arthur C. Clarke, 2010: Odyssey Two
2 likes

“More and more often the blame is attributed to “human error.” The person involved can be fined, punished, or fired. Maybe training procedures are revised. The law rests comfortably. But in my experience, human error usually is a result of poor design: it should be called system error. Humans err continually; it is an intrinsic part of our nature. System design should take this into account. Pinning the blame on the person may be a comfortable way to proceed, but why was the system ever designed so that a single act by a single person could cause calamity? Worse, blaming the person without fixing the root, underlying cause does not fix the problem: the same error is likely to be repeated by someone else.”
― Donald A. Norman, The Design of Everyday Things
0 likes

“I have long held the belief—and encouraged it in my students and employees—that failures are an essential part of exploration and creativity. If designers and researchers do not sometimes fail, it is a sign that they are not trying hard enough—they are not thinking the great creative thoughts that will provide breakthroughs in how we do things. It is possible to avoid failure, to always be safe. But that is also the route to a dull, uninteresting life. The designs of our products and services must also follow this philosophy. So, to the designers who are reading this, let me give some advice:        •  Do not blame people when they fail to use your products properly.        •  Take people’s difficulties as signifiers of where the product can be improved.        •  Eliminate all error messages from electronic or computer systems. Instead, provide help and guidance.        •  Make it possible to correct problems directly from help and guidance messages. Allow people to continue with their task: Don’t impede progress—help make it smooth and continuous. Never make people start over.        •  Assume that what people have done is partially correct, so if it is inappropriate, provide the guidance that allows them to correct the problem and be on their way.        •  Think positively, for yourself and for the people you interact with.”
― Donald A. Norman, The Design of Everyday Things
0 likes

“When I used to work for the local government organisation we HAD TO change our Passwords every three months. To ensure I could remember it, I used to write it on a Post-It note and stick it above my desk.”
― Donald A. Norman, The Design of Everyday Things
0 likes

Polls voted on by Jaime