I need a synopsis. Pronto.

There wasn’t much, and most of it was crap. But this is what I remember:

- Sarah deleted her profile.
- Marie finally realized her “boyfriend” was gay, and dumped him.
- Gretchen’s old boss is a perv.
- Gretchen is a perv.
- Harry’s trying hard to be a perv.
- Dave hangs out with baseball players and rock stars.
- Tom stumped Bunny.
- Gretchen doesn’t think Shawshank Redemption was a very memorable movie.
- Kasia hasn’t been around. Presumably she has been ogling men at the pool.
- Tom can hear you breathing.
- Things were so dead that Steve actually posted about a recent romantic evening he shared with a friend.
- Alfonso has a new conspiracy about BM.

That’s all I can think of right now.

Wanna be my friend, again?

Umm...Kristina and Marie and I complained and praised dating (depending on who was talking).

Gretchen received her prize, which included some secrets to make up for the lack of corndog.

Rusty doesn't like sweet little old women who just want to save his soul.

Dave met Steve when he was in town for ComicCon. I don't think that's been mentioned, yet, though. He said that Steve talks very fast (true) but is constantly funny and can tell a great story.

Lori (from the NBBC) doesn't like spammers a LOT. And goodreads has no more "Top Profiles," so we can't feel popular, anymore, and we need something to fill the popularity-shaped hole. Ideas?

People have not been making enough polls.

alright, the abridgment of my last 2 1/2 weeks:

Hit a fox wail driving along the pipeline. I thought I killed it, so I bagged it up and placed it (INSIDE!) the truck on the floor and went about my business. 2 hours later driving back to station it decides to wake up and freak out. Which in turn freaks me out.

So there I am driving down the highway at 65 MPH beating a fox with my spec's binder and swerving all over the place. I thought I was going to wreck for sure. But I didn't.

Instead I was left with a partially crushed bloody fox, a blood splattered truck interior, and a bloody spec book. Added with an extraordinary urge to smoke.

I got back to work and had to report the incident to the environmental folks. This didn't go well; I am currently being investigated for breaching wild life encounters protocol. Whatever.

I still don’t understand why in god’s name would you pick up the dead fox???

Fine bunny I fixed it! still I think nick was hopping to finally put this
into use…

I picked it up because leaving dead critters along the pipeline attracts bears. But upon reflection I should have put it in the bed of the truck not inside.

My theory is that you wanted to cook it and eat man… and I’m sticking with it!

Dammit SSH - you sound just like some of these (name that political party) congress critters. Now cut that out!

I don't think foxes make a good meal, but kill enough of them and you'll get yourself a nice coat.

But back to the main topic, nicely timed request Mr. Heiner, I'm ripping all the benefits now. Thanks!

Dude… a coat made out of road killed foxes…. That’s what I’m talking about! What woman could resist a man wearing that???

It's not for you silly. So selfish.
Make that coat a gift to your sweetheart: she'll be your slave after that (for a longish while at least).

Rusty wrote: "-Harry’s trying hard to be a perv. "
So I began a little man on man role play and admitted I like porn...big deal!


Montambo wrote: "Gretchen received her prize, which included some secrets to make up for the lack of corndog."

I'm not sure I'd be pleased with secrets in place of a corn dog! Secrets sound like a 2nd place prize after a corn dog. Those had better be some damned good secrets!

Also, no one felt the need to share that Steve masturbates with his cat???? 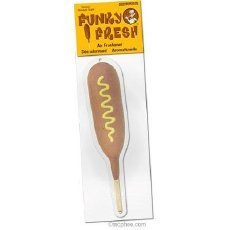 Mmmmm...I can almost smell it. You could have at least opened it and rubbed some of the scent on the envelope.

See people, I may not be posting but I'm still keeping a breast in THC. Spacing on porpoise.

I didn't remember stumping you either...just talking you out of the man-man erotica poll.

Note to self: Do not put roadkill inside the truck. "

Note to self: Do not pass out on roadside near Nick if you don't want to be wrapped in plastic.

Nick, you should read 3 weeks of posts because you need to see what happens when you're away. It almost turned Vanilla around here for a while. Plus Kasia was gone too. The evil was significantly reduced.

Oh, don't be such a girl. I'm just playing with you.

Oh I wasn't upset or anything. I'm honored to be mentioned. I just thought I forgot something pervy I did. said posted.