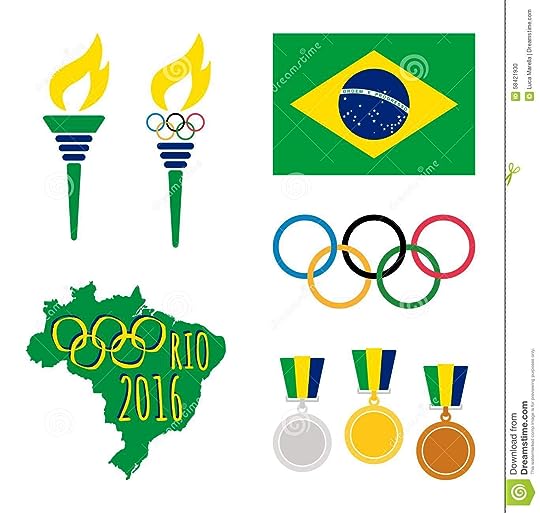 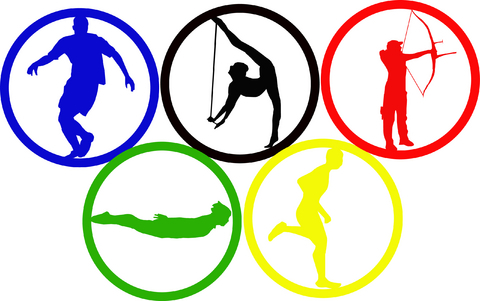 The Rio Olympics run from 5th to the 21st of August 2016, but our challenge will run all of July and all of August, just to give us a sporting chance.

Rules: Pick your books from any part of the categories. Countries & sports can be from any Summer Olympic Games. No page limits, all formats are acceptable. Re-reads are allowed.

Olympic Ring Colours & Flag
Read books with covers predominately the colour listed or have the name of the colour in the title.
Possible 6 medals.

Years the Summer Olympics have been held in the modern era
Read books set in an Olympic year or published in an Olympic year. You can only use the year once.
Helpful link: http://www.infoplease.com/ipsa/A01143...

Sports that are in the Rio Olympic Games
Read books where someone does one of the sports at any level. You can use any Summer Olympic games, some years do different sports, just list which year your sport is if its different from those listed. You can only use each sport once.

Thanks LastBreath, hope you enjoy it :)

I'm in with Colors and Flag. I'll see what I can read in August.

And you finished before the Games :D

Thanks, Lara and Anne! I didn't see this challenge until August but I was incredibly lucky that so many of the books I had already read fit into the categories. Now, I am actively looking through my TBRs to see which of them I can use to hopefully complete it for a gold medal. I am at a disadvantage in August, though, because I have been doing less reading and more T.V. watching (i.e. The Olympics, especially).

I know what you mean about the Olympics - we are recording hours of them a week. I don't read contemporary, so I did not do this challenge.

Anne wrote: "I know what you mean about the Olympics - we are recording hours of them a week. I don't read contemporary, so I did not do this challenge."
I read very few contemporary books myself so I was at a disadvantage with regard to the sports categories- I thought I might have to search through some Regencies for fencing but I think I can finish without it. With regard to the years, I am using years published instead of the books' timeframes.

Hahaha I'm recording about 25 hrs a day, luckily I can easily skip the bits I'm not interested in. Our host channel has 3 channels, and the app as well, all showing different sports. And no list of what is on each channel except some broad outlines.

As to the challenge, you certainly don't need to read contemporary books, I don't read those either. Colours, countries & years would certainly gain you enough books without the sports.

We are fast forwarding all of the conversations and ads - makes a big difference.

I think I will pass on this challenge.

Still trying to decide on the bonus book.