Posted by Goodreads on October 3, 2011
21 likes · 2 comments
Michael Lewis has a knack for wrestling compelling drama out of complicated concepts. His heroes always are willing to swim against the current. The best-selling book The Big Short followed the intricate inner workings of the subprime mortgage market and the few daring traders who made fortunes betting against it. His book Moneyball (now a feature film and Oscar contender) made a celebrity of stat-centric baseball general manager Billy Beane and his underfunded, underdog Oakland A's. Now Lewis's new book, Boomerang, looks at the economic collapse of several European countries and at the looming crisis facing the United States. It manages to be both riveting and terrifying in equal parts. He spoke with Goodreads about the precarious state of the world's economy and what fascinates him about contrarians. 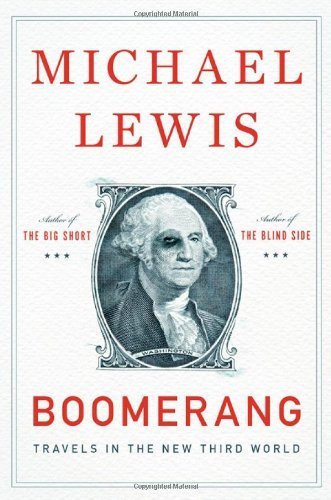 Goodreads: Boomerang opens in terrifying fashion with hedge fund manager Kyle Bass advising you to put your money in "gold and guns." Do you share Bass's bleak assessment of where the world is headed?

Michael Lewis: I think he's right to be worried. The trouble is that governments were the solution to the 2008 financial crisis, and all that stood between us and chaos, and governments are less and less credible. But I'd be a lot more worried if I was Greek.

GR: How familiar were you with the various countries in the book before you started writing about them? For instance, did you know anything about these Icelandic investment banks that started trying to take over Europe?

ML: I'd lived in Europe for two long stretches—Britain the eight years after I left college, and France for a couple of years a decade ago—but apart from that I was a blank slate. What I had going for me was access to people who knew a great deal. There was one investor in particular who had employed a team of private investigators to dig into the Icelandic financial system. Without his help, I'd have been lost; or at any rate, I would have needed to find another way in.

GR: The Big Short was really a return to your roots, writing about the financial world, particularly Wall Street and the investment banking business. This book is a bit more far-flung. Was it challenging writing about these cultures as an outsider as opposed to tackling Wall Street, where you have more of a history?

ML: It was different without being more difficult. And the truth is that in many ways I was still writing about Wall Street—or the effect of Wall Street on the rest of the world.

GR: The common thread in many of your books seems to be a focus on contrarians, the people who look at what's happening and say, "We can and should do this differently." People like Steve Eisman, Meredith Whitney, Billy Beane. What do you find so interesting about these people, and how do you find them?

ML: People who are at war with their environment can tell you a lot about that environment.

GR: This book is about as current as a book can get—you've got stuff from August in there. Do you ever wish you could go back and add to a book like Boomerang when something new happens?

ML: This will sound strange, but no. I'm not a forecaster or a predictor of things. I'm a describer of what's under my nose. And what was under my nose was so interesting that it felt worth capturing and preserving for posterity. What happens next can't change what has already happened.

GR: Do you think you'll write about baseball again? Many readers wonder whether you'd consider a sequel to Moneyball.

ML: Yes. But I hate talking about what I haven't done.

GR: Goodreads member Ken Beishir asks, "Several of your books have been adapted for the screen. What about Liar's Poker? When do we get to see your depiction of Lou Ranieri?"

GR: Goodreads member Nathan Maharaj asks, "What is it about a subject that clicks for you when you know you have an idea that will make a great book?"

ML: In every case there comes a moment when I think this is so good that I can only screw it up. And then I have a purpose in life: not to screw it up.

Lewis sounds very interesting. I usually read fiction, but I want to read about the financial crisis and Michael Lewis seems to know a lot about it. Interesting that one of his favorite books is Lucky Jim! I just read it.

I am currently reading this book 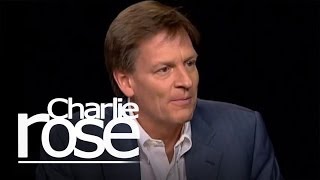